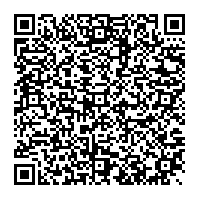 Infinity Lithium: "The projected battery demand from EVs produced in Europe is more than five times the volume of currently confirmed projects in Europe"

In recent times we have seen a number of developments in the lithium space, all of which continue to support a strong investment case for Infinity Lithium Corporation.  Infinity’s San Jose project is geographically and strategically well positioned to take advantage of long term shortfall in lithium supply required for European car manufacturers commitments to EV’s.

The San Jose Lithium Hydroxide PFS is due for completion late June/early July which we expect to further validate San Jose as a commercial project.

We thought this to be an opportune time to highlight some key points from McKinsey & Co and Rodney Hooper (Featured in Seeking Alpha).

If we can take away one point: “The projected battery demand from EVs produced in Europe is more than five times the volume of currently confirmed projects in Europe”. Therefore supply issues are expected and prices may rise.

McKinsey & Co – May 2019: Recharging Economics, The EV-Battery Manufacturing Outlook For Europe:  “If this enormous opportunity is to be captured, stakeholders must act now, before EV manufacturers close decades-long supplier agreements—and leave latecomers to the EV-battery industry in the dust.”

https://seekingalpha.com/amp/article/4265367-european-battery-plant-expansion-implied-lithium-demands
The projected demand for Electric Vehicles and their lithium-ion batteries is very strong with supply shortfalls for lithium-ion expected by 2023. As such, Infinity is well placed for the future.

The San Jose deposit is a highly advanced, previously mined brownfields development opportunity representing one of Europe’s largest lithium deposits.  Infinity Lithium will mine the hard rock Mica resource and develop processing facilities to provide what would currently be the sole European mine-to-end-product lithium hydroxide operation.