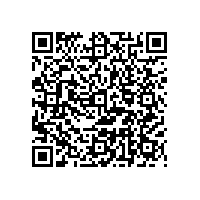 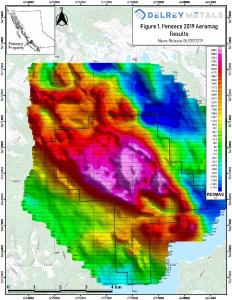 The Company has submitted an application to the Newfoundland and Labrador Department of Natural Resources to establish up to 20 drill sites, and 1,600m of trenches over the Projects Four Corners, Bullseye, and flagship Keating Hill East Zones. The Newfoundland and Labrador Department of Natural Resources are well known for their expediency with respect to permitting applications and Delrey anticipates receiving permits over the coming weeks with a planned drilling start date of July 15, 2019. The Company also recently submitted an application form to the province’s Junior Exploration Assistance Program which CORPORATE financial support of 40-75% of approved exploration costs, to a maximum of $150,000/year, for projects located on the island of Newfoundland.

The Company is very pleased with the recent surge in iron prices above $100USD/tonne which adds significant value to the Four Corners Project, highlighted by SRK Consulting (Canada) Inc.’s initial metallurgical results, which returned a magnetic concentrate grading an impressive 63.10% Fe, and 0.643% V205. The Company also believes the Projects Ti02 potential has been overlooked at this point, with the same report returning a composite sample head grade of 9.8% Ti02, with a Wet High Intensity Magnetic Separation (WHIMS) of the initial magnetic rejects returning an impressive 26.80% Ti02, at an 80% recovery.

Delrey’s President and Chief Executive Officer Morgan Good stated, “We are delighted with the recent movement of iron prices to more than $100USD/tonne making new 5 year highs. Other companies such as Champion Iron Ltd (TSE:CIA), and ML Gold (TSXV:MLG) with their iron assets in eastern Canada have both seen a dramatic appreciation to their share prices and valuations of late, which simply cannot be ignored as the iron sector continues heating up. Originally Delrey focused much of its attention on the Four Corners Project’s vanadium potential, which will still be the case, but with the recent surge in iron ore prices, Delrey has adjusted its focus to include more planning and strategy around the iron and titanium to better maximize the true potential value of all three metals (Fe-Ti-V) found on the Project.”

As press released on May 21, 2019, Delrey has entered into a definitive agreement to acquire an 80% interest in the flagship Four Corners VTM (Vanadium, Titanium and Iron) Project. The Four Corners Project comprises 7,655.0 hectares and is located in southwestern Newfoundland and Labrador, 25km east of the town of Stephenville. The project boasts excellent infrastructure and is transected along its entire length by the Burgeo Highway (Route 480) and a 33-megawatt power line. It is located less than 40km (along Route 480) east of the deep-water ice-free Port Harmon complex.

The Four Corners project has five prospective Fe-Ti-V zones, based on anomalous selective surface grab samples and geophysical signatures, four of which have never been drill tested. The current dimensions of the Project’s flagship target, the Keating Hill East Zone, from historic drilling and government surface mapping delineates a zone upwards of 4,500m in length, varying in width between 400m and 1,100m, and extends from surface to 590m where it remains open.

An airborne EM (electromagnetic) survey conducted in 2011 by Geotech Ltd. greatly added to the potential of the Project with the identification of four new targets, increasing the potential mineralized strike length to greater than 16km.  Preliminary surface sampling confirms the same style of mineralization found at the Keating Hill East Zone is producing the geophysical anomalies and follow-up work is planned for 2019.  Selective samples across the mineralized strike length assayed >40% Fe, 8% TiO2, and 0.30% V205 with individual assays returning as high as 56.92% Fe, 25.24% TiO2, and 0.39% V2051.

1Grab samples are selective in nature and not necessarily representative of the mineralization hosted on the property.

Delrey is also pleased to announce that it has completed a Phase I airborne geophysics survey across its wholly-owned Fe-Ti-V Peneece property located near Port Hardy, British Columbia. The results are very encouraging and outline a sizeable, ~4.5km x ~3.5km, strong northwest-southeast trending magnetic anomaly, approximately 7,000nT in amplitude (Fig. 1). The survey was completed by Ridgeline Exploration Services Inc. out of Kelowna, British Columbia, and was flown in a systematic low-level grid pattern at 150m line spacing. The average terrain clearance was 75m across the entire survey area and a total of 402 line-km were flown.

Based on the results from the survey, the Company is pleased to announce that it has increased the size of the Peneece property by 482.9-hectares to 1983.3-hectares, to fully encompass the newly discovered strong magnetic anomaly. The results from the survey will be used in helping Delrey’s technical team plan a Phase II work program which will include prospecting, mapping and rock sampling over the geophysical anomalies.

The Company has granted stock options to certain consultants of the Company for the purchase of up to 600,000 common shares of the Company, pursuant to the Company's stock option plan. The options are exercisable for a period of five years at an exercise price of 13 cents per share. All of the options vest immediately as of the date of grant.

Delrey is a mineral exploration company focused on the acquisition, exploration and development of mineral resource properties, specifically in the strategic energy minerals space. The Company has an option to earn an 80% interest in the Four Corners Project located in Newfoundland and Labrador. The Four Corners Project is a Fe-Ti-V exploration project with positive historical drilling, metallurgy, and development economics. The Company also wholly owns the Star, Porcher, Peneece and Blackie Fe-Ti-V properties located along tidewater in western British Columbia. Delrey will continue to review and acquire projects showing potential for materials used in the energy storage and electric vehicle markets. The Company is based in Vancouver, British Columbia, and is listed on the CSE under the symbol “DLRY”.

Scott Dorion, P.Geo., is the designated Qualified Person of the Company as defined by NI 43-101 and has reviewed and approved the technical information contained in this release.

Neither the CSE nor its Regulation Services Provider (as that term is defined in the policies of the CSE accepts responsibility for the adequacy or accuracy of this release).