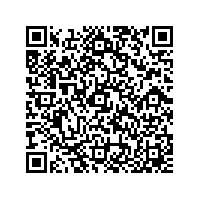 (PresseBox) ( Zurich, 08-11-11 )
SVOX, the leading provider of embedded speech solutions, today announced the release of SVOX Pico, a small-footprint Text-to-Speech system, according to CEO Volker Jantzen. In its initial release SVOX Pico supports British English and German; additional languages can be quickly added as needed. SVOX customers now have access to SVOX Pico SDK and can start integrating the new system into their products.

The SVOX Pico engine requires less than 400 KB ROM, with an additional 400 KB for each extra language and 500 KB for each extra voice. Such modest memory requirements allow creation of multilingual packages with a significantly smaller ROM footprint than was previously feasible. To run SVOX Pico, a device needs less than 250 KB RAM and an ARM9 or equivalent processor.

As in all other SVOX TTS systems, SVOX Pico has an architecture in which the engine and the lingware are separated. This means that while the initial release of SVOX Pico was done for Symbian OS, porting into other embedded environments is straightforward. Also, because SVOX Pico shares configuration settings with larger SVOX TTS systems, customers always have the opportunity to switch between different systems without losing their investment in application-specific configurations.

“What makes SVOX Pico unique is the combination of a very low memory footprint with clear and distinct speech output made possible by the use of Hidden Markov Model (HMM) algorithms”, noted Marcel Riedi, CTO. “With the release of Pico, SVOX is able to offer its customers a full-fledged speech output system that can fit into devices that previously could not support TTS due to memory constraints. With the release of Pico, SVOX really pushes the envelope in what comes to a tradeoff between hardware requirements and the quality of TTS output.”

Martin Reber, COO, noted that by adding Pico to its range of TTS solutions, SVOX is able to address new markets and industries, the most important one being mobile phones. “The announcement of SVOX Pico in spring 2008 generated a lot of interest from mobile handset vendors, and today`s release means that they are now able to start their evaluation and integration efforts. We expect the first product featuring SVOX Pico to hit the market in 2009.”

SVOX AG is the leading provider of embedded speech solutions for automotive and mobile device industries. The SVOX Text-to-Speech system, the company’s signature solution, enables electronic devices to convert written text into natural-sounding and easily comprehensible speech. SVOX`s focus on the embedded domain and the modular design of the Text-to-Speech engine means that the solution can be easily tailored to specific technical requirements and market needs.