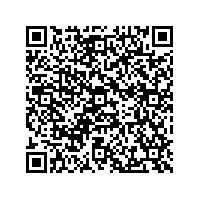 (PresseBox) ( Vienna, 08-10-03 )
This year’s “Emerging Markets Award” in Austria goes to the S&T Group. The award will be presented at the end of October at a ceremony in Moscow. Decisive evaluation criteria for the prize were, as well as the leading IT consultant and service provider’s economic data, factors such as the quality of communication and also environmental and social standards.

The “Emerging Markets Award” is a joint initiative of Bank Austria, HypoVereinsbank and UniCredit. The prize has now been awarded for the fifth time, and this year saw it being presented in the three countries of the UniCredit Group – Austria, Germany and Italy. Three prizewinners were selected by a national jury in each of these countries. The overall Austrian winner in 2008 is S&T, with the other Austrian winners being Trenkwalder International AG and DCM DECOmetal GmbH. Christian Rosner, S&T CEO: “We’re very pleased about this award and will accept it in Moscow on behalf of all our subsidiaries in Eastern Europe; since our establishment in 1993, we have consistently expanded our business together with our strong local teams.”

European Success Story
In contrast to the majority of Western European companies active in Eastern Europe, the S&T Group actually initiated its successful business in Eastern Europe. The company has admittedly always been headquartered in Vienna and is also listed on the Vienna Stock Exchange, but the first subsidiaries were established by the IT consultant and solutions provider in Slovakia and Bulgaria in order to exploit in situ the opportunities offered by the booming IT markets. Over the course of the following 15 years the company has expanded its geographical focus to 22 countries, the majority of which are in Eastern Europe. Today S&T provides IT consulting, solutions and services in most Eastern European countries, in all German speaking countries, and also in China and Japan. The company ranks among the leading businesses in its sector. S&T currently employs approximately 80% of its 3,100 staff in Eastern Europe and 70% of group sales (total sales in 2007: 522.2 million euros) are accounted for by the still strongly growing Central and Eastern European markets.