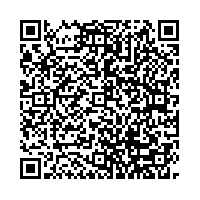 (PresseBox) ( Vienna, 09-07-14 )
In 2008 and in the first half of 2009, most SAP projects were focusing on euro changeover in Slovakia. S&T Varias, the Slovakian subsidiary of S&T Group, implemented euro conversion projects with all its 54 SAP customers worth more than two million euros.

The euro was introduced in Slovakia on January 1, 2009 into both cash and non-cash circulation without any transitional period. S&T has been closely monitoring the economic developments and preparing in advance for all possible euro conversion scenarios. Having helped to adopt the euro in Austria and later also in Slovenia, S&T Varias could draw on the expertise of its Austrian and Slovenian colleagues within the S&T Group. The knowledge and experience gathered in these projects has now been capitalized on in Slovakia by the S&T consultants.

In connection to the upcoming eurozone accession the Slovak government released the National Euro Changeover Plan which defined the three basic principles of the euro changeover:
• introduction of new currency and use of euro as legal tender from January 1, 2009
• dual currency display (e.g. wage slips, invoices, …) within a set time period
• conversion of original financial data with regard to the new currency

Considering the fact that data conversion requires a complete shutdown of production systems, it needs to be performed in the shortest possible time. The main factors influencing the duration of conversion is the database size and the required modifications of data and links between them to ensure correct conversion. All projects were implemented using a unified S&T methodology comprising four steps:
1. preparation of environment for euro conversion
2. modification of system
3. conversion of transaction and master data – Special emphasis was put on preparation and testing. Before implementing the currency change, three test runs were performed.
4. training of users and system administrators

“S&T is proud that we successfully completed the conversion with all our 54 Slovakian SAP customers both from the professional and logistic viewpoint”, comments Christian Rosner, CEO of S&T Group. “Some customers also took the opportunity to backup their original systems with Slovak currency in the outsourcing center of S&T Varias in Žilina.”