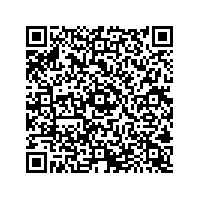 (PresseBox) ( Vienna, 09-09-15 )
Bernhard Lenzin, a proven SAP expert with in-depth knowledge and experience of the local market, will now be managing IMG - Consulting Services of S&T Group, in Switzerland.

After receiving his degree in electrical engineering and a post-graduate diploma in business management, Bernhard Lenzin (43) began his professional career at Rhodoia Filtec Conductor Systems. He subsequently became deputy CIO of Siemens Metering, and since 2001 he has been employed at SAP Switzerland in various management positions. He was responsible for the establishment of the Project Management Office, managed the Manufacturing Industries consulting division and was in charge of the Consulting Sales Team for all sectors in Switzerland from 2007 to 2009. During this time, Bernhard Lenzin also had overall responsibility for numerous projects catering for virtually all the large SAP clients in Switzerland.

At S&T, Lenzin’s main task will be to develop a growth offensive in Switzerland based on IMG’s broad range of existing clients and also including the acquisition of new client groups. IMG has been operating successfully as a consulting firm for 20 years, mainly in Germany and Switzerland. Since becoming part of the S&T Group in 2007, the company has been able to offer its clients an extended portfolio of services ranging from IT solutions and services to outsourcing. According to the Gartner Group, S&T is the leading consulting business in Central and Eastern Europe.

“We are excited to have such a knowledgeable and experienced manager take over leadership of our Swiss operations. The consultancy market in Switzerland has great potential and with Bernhard Lenzin on board we will certainly be able to exploit this,” comments Georg Komornyik, COO BS S&T.