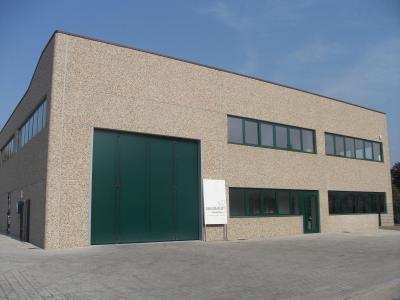 (PresseBox) ( Köln, 16-12-20 )
Just in time for the 15th anniversary of Sonderhoff Italia s.r.l., a part of the globally active Sonderhoff company group, and for a year under German management, the foundations for the achievement of the next milestones on the way to the expansion of the growth prospects of the company in Italy were reintroduced.

Since a year ago, Axel Erken, Managing Director of Sonderhoff Chemicals in Cologne, also took over the management of Sonderhoff Italia, many changes were made. The personnel and task organization was restructured and aligned even closer to the customer. A CRM (Customer-Relation-Management) system already implemented in the company group is to help to more efficiently coordinate the different customer processes in the group. With the introduction of SAP, Sonderhoff Italia followed the level of company software with which the Sonderhoff Group successfully organizes all business processes worldwide. This enables the entire order chain to be handled in the best possible way. It ranges from the initial inquiry for various materials systems from the broad product portfolio and order processing for contract manufacturing, to the delivery and commissioning of a dosing system from Sonderhoff.

As a system supplier, Sonderhoff Italia supplies materials, machines and contract manufacturing for the Formed In-Place (Foam) Gasket dosing technology from a single source. The continuous growth since the founding of the company 2001, the good order situation of Sonderhoff Italia and the investment in new business areas make it necessary to expand the production areas. With a new factory hall nearby, the company expanded its entire area to over 1500 square meters for further growth.

The new strategy for Sonderhoff Italia provides for the further expansion of the production and the production of the self-adhesive foam seal GekoSpider. The further automation of GekoSpider production is being pushed ahead. A new business segment is the trading of used dosing systems, which are offered by Sonderhoff Italia completely overhauled for resale. The machine park for the contract manufacturing is being completely modernized by new mixing and dosing systems from Sonderhoff Engineering. In addition to the already existing systems for the processing and dispensing of polyurethane and silicone-based material systems, a dispensing cell for the foam sealing, gluing and potting of small-sized components in a travel range of 500 x 600 x 250 mm has been implemented. As a result, new customers from the telecommunications, medical technology and electronics industries are being developed.