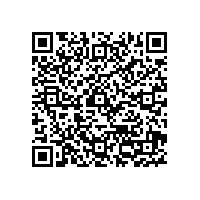 Only that passes that should pass

The Sonderhoff group of companies exhibits on stand R9 in hall 11.1 at the Filtech 2016 from October 11 to 13 in Cologne 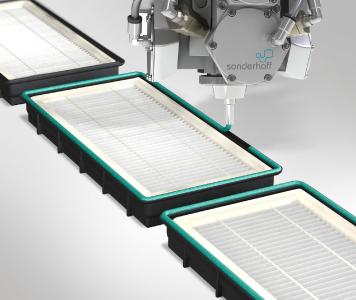 (PresseBox) ( Köln, 16-09-28 )
Whether used in vacuum cleaners, cars or air conditioning of industrial plants – the quality of filters plays an important role in many productions and products. The principle is the same for every filter: from one side contaminated air is taken in and on the other side the filtered air flows out again, – to what degree of quality is a question of defined requirements. So that filters keep their promises, they must be well glued and ensure a perfect seal. For this, Sonderhoff as system supplier of the filter industry provides mixing and dosing machines as well as material systems for sealing and bonding of filters in different applications.

At the Filtech 2016 the Sonderhoff group of companies will showcase their expertise and products in the field of filter applications. Sonderhoff Chemicals delivers to leading manufacturers of filter systems a wide range of 2-component foam gaskets, adhesives and potting compounds, covering the application areas from vacuum cleaner filters to air filters for clean room quality. For this broad spectrum of filters the dispensing machines of Sonderhoff Engineering are used for automatic application of foam sealing or adhesive potting systems. This so called Formed In-Place (Foam) Gasket dosing technology is well established in the filter industry. The 2-component reaction materials on the filter parts cure at room temperature and can be further processed quickly.

On the Sonderhoff stand R9 in hall 11.1 it will be demonstrated live how accurate the mixing head of the dispensing cell SMART-M moves along the contour of the filter frame while dosing a special gel-like potting compound from the product family Fermadur® precisely into the frame groove. The quality requirements are very high for the potting gel used for sealing filter frames in air conditioning systems of hospitals and for chip manufacturing in clean rooms.

The filter frame built into an air conditioning installation is mounted on a frame counterpart with a circumferential edge. The frame edge emerges the potting gel after the tongue and groove principle. The filter seat is thereby hermetically sealed, so that all the air goes through the filter and air pollution cannot pass the filter. For the air-tightness it is essential that when removing the filter frame the immersion point of the frame edge in the potting forms back due to the self-healing effect of the potting.

Not only the proper selection of raw materials is decisive for a consistently high quality in sealing, gluing and potting of filters, but also the safety and accuracy of the production plant, which has to ensure a precise application process of the material to the parts. For this, the low-pressure mixing and dosing systems from Sonderhoff Engineering stand for.

The design of the dispensing cell SMART-M is modular and it is flexibly adaptable to different production concepts. Subsequent modifications can easily be realized with low planning effort. Due to the small outside dimensions of 1200 x 1700 x 2400 mm (width x depth x height) the cell has a minimal foot print. The 3-axis linear robot scans parts with a traversing range of up to 500 x 600 mm (width x depth) and up to a part height of 250 mm at the most. In doing so, the mixing head of the dispensing cell is positioned with a repeat accuracy of +/- 0.05 mm above the part. By this the sealing material can be applied through the mixing head dosing nozzle directly onto the part precisely to its contour or in a groove by. A maximum acceleration of 5 m/s² in the part radii is possible with the Sonderhoff linear robot.

At the Sonderhoff booth the feeding of parts to the dispensing cell is done user-friendly by means of a rotary indexing table with a 180° partitioning for an insertion and a work position turning within 1.5 seconds. For this semi-automatic part feeding the access of the insertion area at the cell is secured by a light grid. Alternatively, the parts are fed manually through the cell front, by a worktop or fully automatic via a transfer belt running through the cell.

The polyurethane foam seal systems Fermapor® K31 from Sonderhoff are used for the sealing of air filters in cars which ensure a leak-free seat of the filter on the air intake passage. No unfiltered air past the filter can flow into the car interior. In order to significantly reduce the load on the air with VOC (Volatile Organic Compound) emissions in the passenger compartment, the polyurethane foam seal systems Fermapor® Low-Emission are used for the tight sealing of filter housings in the car. They comply with the strict limit requirements of nearly all automobile manufacturers. Sonderhoff, for instance, fulfils the Daimler specification DBL 5452-13 which specifies for VOC emissions a target value of 100 micrograms and 250 micrograms for the fogging behaviour per gram of polyurethane. Too much VOC in the air often arises fogging. Soot, dust and / or aerosol particles in the air thereby move from warm to colder zones where they are deposited. This can lead to condensation on the windshield or inside of car headlights.

Another product characteristic of the polyurethane-based sealing systems Fermapor® 31are the antimicrobial sealing properties that prevent microorganisms and molds contaminating the sealings of air filters used for air conditioning systems.

The Institute for Air Hygiene (ILH Berlin) has tested the foam seals Fermapor® K31-A-9020-17F and K31-A-9308-5-VP5-F as well as the potting product Fermadur®-A-196- 4F with regard to their resistance to fungi and bacteria according to DIN EN ISO 846 (Evaluation of the action of microorganisms on plastics). They are developed by Sonderhoff especially for sealing or potting of filters used in air conditioning systems. The test results show that the sealing and potting material from Sonderhoff does not serve as a nutrient source for microorganisms. Special additives in the material formulation of the antimicrobial foam seals Fermapor® K31 effectively protect the sealings of climate-technical components for air distribution, such as ventilation grilles, air filter, nebulizer and access locks, against attack by harmful microorganisms.

The heating, ventilation and air conditioning manufacturers demand for their sealings and especially for the sealing and bonding of air filters special requirements in order to meet the hygiene requirements for HVAC systems according to VDI 6022. In particular air filters of these plants, which are to improve the climatic conditions of interiors, are often the cause of contamination of indoor air. Because accumulation of microorganisms on air filters is the cause of potent allergy risks when such contaminated air is inhaled by humans and animals. Especially at increasing temperatures, the concentration of microorganisms significantly increases and the fungal spores develop a higher vitality. Such conditions are a fertile breeding ground for germs which can cause infections in humans.

Air conditioning systems need to be serviced regularly in order to work properly and ensure a good indoor climate. Here, among other things, the leakage-free seat of air filters is checked which is provided by perfect foam sealings and in optimal cases with an antimicrobial protection. 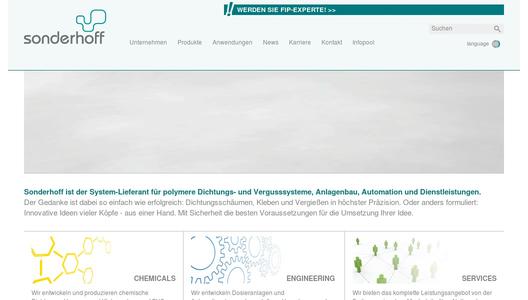 The affiliates of the Sonderhoff group of companies in Italy, the U.S.A and China offer the complete range of sales, technical and contract gasket application services to the OEMs in these countries as well as production, sales of material systems and the distribution of dispensing machines from Sonderhoff.

Recommend Only that passes that should pass press release