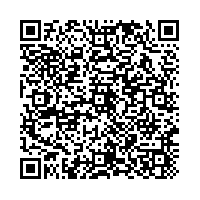 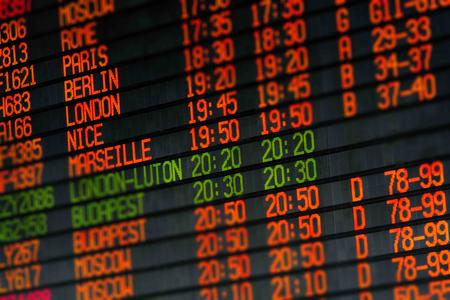 (PresseBox) ( Köln, 15-09-11 )
At the Fakuma plastics fair, October 13-17 2015 in Friedrichshafen, Sonderhoff will present the new 3-component Dispensing Cell SMART-L / DM 403. This low pressure mixing and dosing machine, thoroughly modular constructed, is adaptable to various production concepts. The thin layer degassing for complete air evacuation of the potting material in the pressure tanks is one of the new features of the machine. This degassing method from Sonderhoff results in a crystal clear potting transparency free of air inclusions.

LED technology rapidly gains major shares in the lighting market. Every 6 to 8 months a new LED generation emerges. For protection against moisture, water, dust and other weather effects as well as for temperature and vibration stability LEDs are mostly encapsulated with 2-component casting resins based on polyurethane or silicone. This affects long durability of LEDs, for instance, in weather resistant LED Arrays for illuminated advertising, street and tunnel lights or information screens. Sonderhoff Chemicals in Cologne is manufacturer of potting and foam seal material systems on the basis of polyurethane or silicone, especially for the foam sealing of housings for lamps and electronics and in particular for the encapsulation of LED lighting.

Sonderhoff will demonstrate LIVE the potting of flexible LED-stripes with a transparent 2-Component polyurethane casting resin system from the product family Fermadur® using the new 3-component dispensing cell SMART-L / DM 403 with thin layer degassing. The air evacuation of the potting compound results in a crystal clear potting transparency free of air inclusions and streaks. Opacification and as a result deviation from the ideal LED light distribution caused by air inclusions will be avoided. With this bubble-free LED encapsulation ingress protection classes up to IP67 and an optimal lighting effect can be reached.

The transparent or opaque LED potting systems Fermadur® from Sonderhoff do not become yellow after a time. For, using aliphatic isocyanate they are highly resistant against ultraviolet radiation and therefore have a very good light transmission of up to 89%. Unlike plastics, as for instance PC, PS or SAN, Fermadur® clear potting compounds have the resiliency to return to their original undamaged condition by a "self-healing effect" on scratches and cracks which occur under mechanical load. Thus, the transparent LED potting retains its constant light transmission this technology is also suitable for demanding surface coating applications.

Besides LEDs electronics and electrical elements are also casted with the Fermadur® potting systems on polyurethane basis for protection against moisture, dust, mechanical load and other environmental impact. The potting systems from Sonderhoff are designed for various applications and according to requested properties like, for example, different hardness, material density, temperature resistance, mechanical stability and processing parameters like viscosity, pot life and tack-free time. For potting of electronic elements the customer can choose between different colors. However, for optically attractive LED solutions transparent or opaque potting systems are used. Ingress protection classes up to IP67 are achievable depending on the part construction, so that external applications, for example swimming pool lighting, are possible. For tunnel lighting in non-explosive areas, the Fermadur® potting systems from Sonderhoff are adjustable flame-retardant, so that they pass the testing acc. to US fire protection classes UL94.

The application of industrial parts occurs economically and on a high level of process reliability with the dosing technique „Formed In-Place“(FIP) using semi or fully automatic low pressure dosing and mixing machines from Sonderhoff Engineering.

Due to a good flow rate the polyurethane based potting compound even dispenses into remote corners of complex parts, equally distributed and full-surface. Using the thin layer degassing method air inclusions in the potting material will be avoided. Several LED series of diverse parts or shapes can be casted with the same potting product processed on a mixing and dosing machine.

Flexible LED-stripes are encapsulated in a two-layer application process, first with a transparent potting and after curing in a second step covered with an opaque potting which provides an optimal light dispersion. Both potting layers are UV-resistant. Although LED light generates much less warmth as traditional incandescent light bulbs, it is essential that protective encapsulations have a high temperature resistance. It is thereby possible to cover a wide range of different applications and operating conditions

The potting application of LEDs with the automated Formed In-Place process on the low pressure mixing and dosing machine provides protection of sensitive LED lighting against harmful influences.

Which kind of potting system is used depends on the concrete sealing requirements for and the exact usage of the part. Specification and properties of the potting material should be discussed at best already in the construction stage of LED housings or other component applications.

The affiliates of the Sonderhoff group of companies in Italy, the U.S.A and China offer the complete range of sales, technical and contract gasket application services to the OEMs in these countries as well as production, sales of material systems and the distribution of dispensing machines from Sonderhoff.