3S Industries continues on its route to international success

The 3S Industries Group expanded its market position in the first two quarters of 2009, and strengthened its international presence. Net sales of CHF 63 million more than doubled compared to the previous year and the EBIT margin rose from 10.0% to 13.4%. 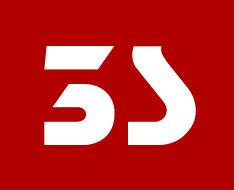 (PresseBox) ( Lyss, 09-09-01 )
These are clear signs of 3S’s continued success in the face of uncertainties in the market. A net cash position of CHF 36.9 million was recorded on the reporting date. Since the financial markets remain troubled and orders have been delayed as a result of financial constraints experienced by customers, the management has decided not to make a forecast for the whole year.

The successful trend of the first two quarters of 2009 was driven by technological innovations and increased sales activity in important international growth markets. The new turnkey fully automated 3S production lines contain several technological firsts and provide customers with new possibilities for increasing efficiency and quality. The production line business for new market entrants continued to develop positively despite the turbulent economic situation, whilst business in single components for large customers experienced a slight decline due to the postponement of several projects. A further contributor to growth was the acquisition and consolidation of the company Somont. 3S established new locations in Asia during the first two quarters of 2009 to ensure customer-oriented sales and service in the important Asian growth markets, thereby further broadening its international presence following successful expansion in the US market in 2008. Due to the strained critical situation on the financing markets and the resulting delays in the financing of customers’ projects, it cannot currently be predicted whether orders already received will have an affect on sales figures this year. The management has therefore decided not to make a forecast for the whole year.

"Our stable positioning, our tried and tested market offering and the new products we are currently developing are a firm foundation“, explains Patrick Hofer-Noser, CEO of 3S Industries AG. "The short-term uncertainty in the market will not affect the medium-term intact growth potential in our sector,“ according to Hofer-Noser. The company aims to maintain its position as leader in the development of pioneering technologies in solar module production and to continue to lower production costs for solar modules.

The solar concern 3S with its holding company 3S Industries and its subsidiaries Somont, 3S Swiss Solar Systems and Pasan, is the world's market leader for production equipment for the manufacture of solar modules. The Group covers the entire value-creation chain of solar module production and combines the key competences in the fields of soldering, laminating and testing under a single roof. Production installations from the solar concern guarantee stable, reliable processes, a high throughput and outstanding product quality with low wastage and high up-times.

With the automatic string soldering machines from Somont, the laminating lines from 3S Swiss Solar Systems and the testers from Pasan, customers around the globe produce solar modules whose performance, useful life, quality and output match the highest demands. The range encompasses individual machines as well as turnkey production lines with varying degrees of automation. 3S Swiss Solar Systems also develops and produces advanced, building-integrated solar systems for roofs, facades and shading solutions and makes full use of its comprehensive know-how in photovoltaics and production technology.

The headquarters of 3S Industries as well as the factories operated by 3S Swiss Solar Systems are located in Switzerland. The domicile and factory of Pasan is also in Switzerland, whereas Somont is located in Germany. The solar concern is also present with subsidiaries in the USA and Asia.