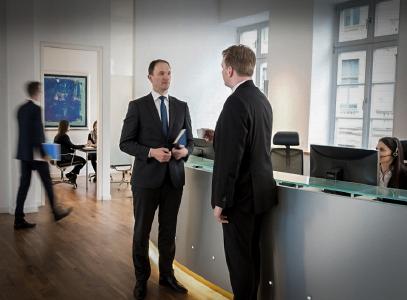 (PresseBox) ( München, 21-07-14 )
Altman Solon celebrated the first anniversary of the merger that created the world’s largest strategy consulting firm focused exclusively on Telecommunications, Media, and Technology (TMT). One year ago, U.S.-based Altman Vilandrie & Company and Europe-based Solon Management Consulting finalized their merger, which was in preparation for more than a year and based on a decade-long close partnership of both firms on sales, staffing, and operations.

Driven by its incredible team of TMT experts and staff members, in the past 12 months, Altman Solon has expanded its global headcount by 41 percent, added 19 leaders to its management team, opened five new offices, and acquired the largest TMT strategy firm in Australia-New Zealand—all in the middle of a pandemic and vast uncertainty in the economic markets.

“It’s been a remarkable year for Altman Solon during a particularly challenging period in recent world history,” said Altman Solon Managing Partner Patrick Bellenbaum. “Our accomplishments over the past year are only possible thanks to the efforts of our amazing team and the continued support of our global clients. We look forward to the next year—and beyond—of continued growth and service to the TMT sectors.”

Last year’s merger combined two firms leading in their corresponding continents, each with long records of TMT expertise and enduring client relationships. It was the culmination of a long-standing partnership, during which strong working relationships and close friendships developed across the Atlantic. The singular focus on TMT and similar philosophies and values of the two firms create the foundation for Altman Solon to thrive.

“Anytime you combine two dynamic organizations from different continents, you expect some challenges, but our shared TMT focus and culture has made for a very smooth and positive transition,” said Altman Solon Managing Partner Rory Altman. “Our global expansion has real benefits for our team members, who have increased resources and the ability collaborate with colleagues around the world. Our clients also benefit from Altman Solon’s deep TMT expertise and local market knowledge wherever business takes them.”

Since the merger, Altman Solon has: