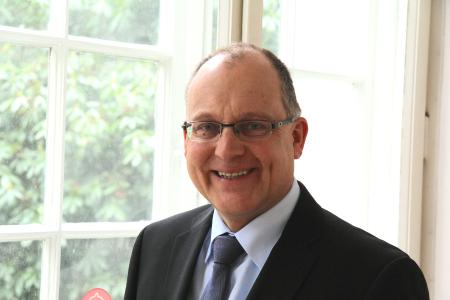 (PresseBox) ( Mezzolombardo, Italy / Heinsberg, 17-03-02 )
By the end of February, Guido Gummert, Managing Director of SOLIDpower GmbH, left the company of his own accord. His position has been taken over by Andreas Ballhausen, the former Commercial Director. Since June 2014, Mr Gummert was the group divisional director responsible for sales, marketing, product management and service as well as a member of the executive management of SOLIDpower S.p.A., the parent company of the SOLIDpower Group in Mezzolombardo, North Italy.

Guido Gummert contributed his more than 21 years of experience in the development and production of stack and fuel cell appliances to the Italian SOLIDpower company. As well as founding the German company, he led the development of SOLIDpower GmbH as its Managing Director. With him at the wheel of the German operations, some important group decisions were made and implemented, which caused it to prosper. The acquisition of the production facility in Heinsberg in North Rhine-Westphalia, together with the BlueGEN – the fuel cell energy system with the highest electrical efficiency worldwide that had already been launched on the market – allowed for a rapid market entry for SOLIDpower.

Dr Alberto Ravagni, CEO of the SOLIDpower Group, showed his appreciation of Mr Gummert’s commitment: “His skill in holistically guiding both technical and commercial considerations in management helped Guido Gummert to successfully launch and conclude the takeover of the assets of CFC GmbH in Heinsberg, the BlueGEN producers at the time. Under his leadership, the workforce of SOLIDpower GmbH was able to grow and the revenue increased considerably. His work for the Group as a whole, as well as for the BlueGEN at our German location, has put our company in a good position. We regret that Mr Gummert is moving on but look forward to an ongoing cooperation, both professionally and personally”.

Andreas Ballhausen is well prepared for his new tasks as Managing Director. The mechanical engineer and former head of department at EWE has been part of the company since 2012 – trading as CFC at the time – and a member of the executive management since then. In his first announcement, Mr Ballhausen positions himself clearly behind the current strategy of SOLIDpower. “With the production of BlueGEN, we are now positioned in a growing market and will continue to carry our sales forward with our market partners. BlueGEN is the answer to the recognised and growing need for environmentally friendly and commercially viable solutions for the energy transition.”

Guido Gummert’s know-how of the energy industry will remain as he will take on a new position at the management level of a utility company in Nothern Germany at the beginning of March.