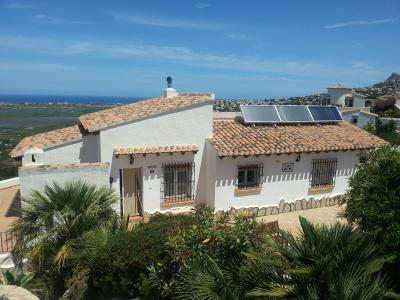 (PresseBox) ( Wedel, 16-08-03 )
Wedel (Germany), August 3, 2016 – For 20 years, solarnova Deutschland GmbH have been producing aesthetic solar modules as bespoke solutions for facades, overhead glazing, and shading elements. With solarnova, photovoltaics are becoming an integrated component of modern architecture – and some of the success stories in the company’s 20 year-long history have only become possible since the formation of its partnership with GRAMMER Solar.

Just recently the two companies were able to announce some special news. solarnova has been awarded a “TOP 100” seal and is therefore counted among Germany’s innovation elite. Meanwhile GRAMMER Solar have installed a photovoltaic facility in the south of Chile; the region’s largest to date. On the roof of the German school in Puerto Montt, 212 solarnova modules will henceforth be providing the educational institution with solar power – approximately half of the electricity demand can be met by these modules.

The main secret for the success of the collaboration between the two companies is the solar air collector TWINSOLAR by GRAMMER Solar. The multiple award-winning product can concurrently produce solar power and, by circulating air, perform two energetic functions: heating and ventilation. Therefore, it is one of the few hybrid solar collectors that combines aesthetics, energy production, and a structurally justifiable function.

The principle of TWINSOLAR is, like with all really useful things, simple but genius: the sun shines on a surface that is made of insulated hollow fins with integrated photovoltaic elements. The PV elements drive a ventilator, which draws in air and leads it through the sun-heated hollow fins. The air is heated and flows into the house. This creates a completely self-sustaining circuit, which at the same time heats the house and provides fresh air – without any further energy costs. The company GRAMMER Solar, headquartered in Amberg with over 40 employees, developed this concept around 20 years ago and has been optimizing it ever since.

solarnova celebrates its 20th company anniversary, and 10,000 m² of TWINSOLAR in a year.

On the 20th anniversary of the founding of the company, solarnova is looking back on a history of success, which at the same time is also the success story of TWINSOLAR by GRAMMER Solar. TWINSOLAR can be scaled to different sizes and shapes, from approximately 1.3 to 6 m² per element. Therefore, it aligns perfectly with the solarnova GmbH’s vision from the last 20 years: integrating PV modules practically and aesthetically.

"Our 20th anniversary is a good opportunity to also thank GRAMMER Solar for the many years of partnership,” explains Sylvia Schmenk, Chief Executive Officer of solarnova. “In the past year alone we have delivered a total of 800 photovoltaic elements for TWINSOLAR collectors to GRAMMER Solar.” The “all-rounder” is in particularly high demand in vacation properties, for example on the Balearic and Canary Islands. In principle, the technology can be integrated into any building. The system prevents “musty” air, staves off mould, and regulates itself self-sufficiently using a thermostat, most importantly when the house is not occupied and is not constantly receiving power. “In the coming years, we are expecting an increase in demand, as this collector is not only practical, but also literally first-rate. The 2011 Innovation Prize and the 1st Prize for thermal solar energy in 2014 say it all.”

Since 1996, solarnova Deutschland GmbH has been producing high-quality photovoltaic modules (PV) in Wedel, near Hamburg, Germany. The original founders came from AEG-Solartechnik, also in Wedel, which had already built one of the first PV production lines at the start of the 1980s. Since then, solarnova Deutschland GmbH has earned itself a first-class international reputation, primarily as the manufacturer of custom modules for building-integrated photovoltaics (BIPV). BIPV do not just enhance traditional building materials, they can replace them. In addition to generating electricity, BIPV also take on functions such as providing shade and privacy, protecting against weather and noise, and can even be used as insulated glass to provide thermal insulation. solarnova's portfolio includes single- and multi-family homes, as well as the EWE ARENA in Oldenburg, the PUMA Plaza in Herzogenaurach, and the Public Safety Building in Salt Lake City, USA. solarnova is also a reliable OEM partner that produces its own high-performance Standard Module series and operates interna-tionally in the TURNKEY FAB business segment as a capable service provider for the construction of ready-to-use module factories.

GRAMMER Solar, headquartered in Amberg, Germany, employs over 40 people, and has stood for innovative solar technology in the Solar Ventilation and Photovoltaics sector for almost 40 years. With branches in Spain, France, and Chile, as well as partnerships in more than 20 other countries, Grammer Solar has an international presence. The TWINSOLAR product was awarded the 2011 Innovation Prize and the 2014 1st Prize for thermal solar energy.

Qualität „Made in Norddeutschland“