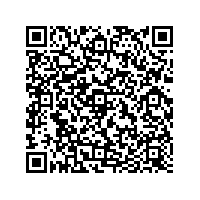 (PresseBox) ( Darmstadt/Brussels, 08-11-19 )
Truffle Capital and Software AG, have announced that Software AG is now one of Europe's four largest software companies. The 2008 "Truffle 100 Europe" (www.truffle100.com) was unveiled at the European Commission in Brussels on November 12th, 2008, with the support of Viviane Reding, European Commissioner for the Information Society and Media. The "Truffle 100 Europe" is the leading ranking of the top 100 European software companies and the 2007 issue shows that through constant innovation and heavy investment in R&D, European companies are successfully facing global competition. Software AG climbed one spot in this year's rankings, trailing just SAP, SAGE and Dassault Systems in terms of total software revenue worldwide.

"Last year we stated that the European software industry was succeeding in reversing the brain drain of the 1990s. This year, I am particularly happy to report a highly qualified workforce increase of 13.7% to 194,000 employees," commented Bernard-Louis Roques, General Partner, IT, at Truffle Capital. "With a 10.3% rise in revenue, this emphasizes the dynamism of the software sector in Europe, despite the economic crisis that we're going through. 2007 was the biggest year ever for M&A in the software industry, and European companies - Software AG being an emblematic example- were able to demonstrate their ambitions & dynamism by being as aggressive as their American counterparts. Software remains a uniquely strong driver for creating highly qualified jobs, and R&D investments are continuing to rise - signs that this industry is a strategic axis for growth."

Software AG acquired the US company webMethods Inc. for US $546 million in June, 2007 in one of the largest pure software deals in the history of the European IT industry. The acquisition has established Software AG as a global leader in business infrastructure software. The company is now the largest independent vendor in the rapidly growing Business Process Management (BPM) and Service-Oriented Architecture (SOA) market worldwide.

"It is fundamental to our future prosperity that the software industry is seen as strategic at a European and indeed national level", said Karl-Heinz Streibich, Chief Executive Officer, Software AG. "We believe that the European software industry needs large, independent vendors to drive innovation throughout the European economy. The publication of the Truffle 100 report and the support of the EU Commissioner, Viviane Reding, are to be particularly welcomed as we host Germany's third national IT Summit in Darmstadt this week"

The Truffle 100 Europe companies last year collectively invested 3.7 billion Euro in R&D, or 15% of total software revenues. With a headcount of 194,000, Europe's software vendors have become a key force in creating new added-value jobs for engineers, computer programmers, and other highly qualified employees.

For the third year in a row, the Truffle 100 Europe, established with the support of CXP, a market research organization focused on software, and IDC, a leading global market intelligence firm, reveals new trends and demonstrates the vitality of the industry and its contribution to the Lisbon agenda. The Truffle 100 Europe was initiated by Truffle Capital, a leading European private equity firm, and Syntec informatique, and is published in conjunction with the other main national IT trade associations in Europe: Agoria (Belgium), Aitech-Assinform (Italy), BITKOM (Germany), and Intellect (UK). The Truffle 100 is comprised of companies with both headquarters and research & development based in Europe, which includes the twenty-five member nations of the European Union as well as Switzerland and Norway.

Founded in 2002 in Paris, Truffle Capital is a leading independent European private equity firm dedicated to investing in and building technology leaders in the IT, life sciences and energy sectors. With 250 million Euro under management, Truffle Capital is led by a team of four partners with decades of successful investment and entrepreneurial experience in both Europe and Silicon Valley. Truffle Capital's investment team is composed of experienced and international experts. Truffle Capital aims to achieve superior financial returns by leveraging its industry knowledge, extensive network and unique focus on spin-offs to identify business ventures that match latent market needs. For further information, please visit www.truffle.com