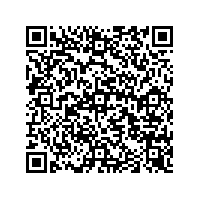 (PresseBox) ( Darmstadt, 10-10-13 )
Software AG today announced its inclusion in Software Magazine's Software 500 ranking of the world's largest software and service providers, now in its 28th year. Software AG was ranked 50th, with software revenue of $1.2 billion and a growth rate of 11.5 percent. This ranking is up from 56th place in 2009 and 65th in 2008.

The Software 500 rankings are based on total worldwide software and services revenue for 2009.

Software AG also is featured in the Top 10 Growth Chart of Companies in the over $1 Billion in Revenue category. This confirms that Software AG is not only one of the top 50 software companies in the world but among the fastest growing as well.

Software Magazine has been a brand name in the high-tech industry for over 30 years. The publication helps readers and site visitors in information technology to narrow down the software product and service providers they choose to work with in tackling business priorities. The Software 500 ranking is the best-known ranking in the software industry.

"Software AG is pleased to be ranked in the top 50 of the Software 500, particularly in light of our strong growth with new products," said Karl-Heinz Streibich, CEO of Software AG. "The ranking validates our strategy of consistent growth driven by ongoing innovation and unmatched customer support. As a major player in the software industry, all signs point to continued global growth and expansion."

"The 2010 Software 500 results show that revenue in the software and services industry basically remained the same, with total Software 500 revenue of $491.7 billion worldwide for 2009, representing virtually flat growth from the previous year," said John P. Desmond, editor of Software Magazine and Softwaremag.com. "In such an environment, Software AG should be very pleased with its solid growth rate of 11.5 percent."

"The Software 500 helps CIOs, senior IT managers and IT staff research and create their short list of business partners," added Desmond. "It is a quick reference of vendor viability. The online version at www.Softwaremag.com is searchable by category, making it what we call the online catalog to enterprise software."