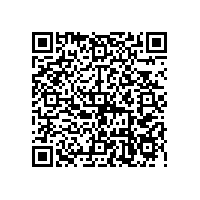 Subscribe to news
(PresseBox) ( Darmstadt, 10-07-29 )
.
- webMethods license revenue grew by 31 percent in the second quarter 2010
- Total revenues up by 52 percent to €267.3 million
- The webMethods business division is the driver of revenue growth and profitability
- Earnings per share (EPS) climb by 29 percent to €1.32
- Free cash flow increased by 22 percent to €36.3 million, a new record level
- Software AG confirms its revenue forecast for fiscal year 2010 and increased the earnings forecast from an 8 to 12 percent range to a 10 to 12 percent range

Software AG (Frankfurt TecDAX: SOW) continued to show strong growth in Q2 2010 with total revenues up by 52 percent to €267.3 million. The high growth was driven by the webMethods business division with license revenue up by 31 percent and earnings more than doubled. This confirms the trend of recent quarters that the new webMethods business division is now a driver of earnings growth as well as the traditional Enterprise Transaction Systems business. At a corporate level, operating earnings, earnings after tax and earnings per share returned doubledigit growth, reaching historical record levels.

The free cash flow at €36.3 million (up 22 percent) also reached a new record level. Software AG expects the increasing volume of projects in the process solutions area to continue and has confirmed its forecast for fiscal year 2010.

The business performance in the second quarter of 2010 totally confirmed the effectiveness of Software AG's growth strategy. The webMethods business division, with innovative software for integrating business applications and processes, continued to show dynamic growth. Total business division growth accelerated to 18 percent in the second quarter after a 9 percent increase in the Q1. The webMethods licensing business grew dynamically by 31 percent to €29.6 million. This growth was based on the experience and skills of the business organization operating in a growing software market and resulted in an increase in the number of large projects as well as an increase in the average deal size.

"We have passed a milestone at Software AG. We have succeeded in establishing a second, stable business division whose organic growth and successful acquisitions complement our profitable ETS business," stated Karl-Heinz Streibich, CEO of Software AG. "Our strategy has paid off. With webMethods we have a new, profitable growth driver that will propel the company into a new dimension. And this is only the beginning. The integration of IDS Scheer AG will strengthen our growth trend and dynamic results even further in the future."

The sharp rise in webMethods business volume and continued effective cost management resulted in increased operating earnings in the first quarter of €58.9 million. Net income grew by 29 percent to €37.4 million compared to €28.9 million in Q2 2009. Earnings per share climbed to €1.32 (2009: €1.02). "We have established the webMethods business division as a successful growth engine in recent years. It is now also as a significant contributor to Software AG's total earnings. webMethods and ARIS will also drive the dynamic growth of Software AG's EBIT in the coming quarters," said Arnd Zinnhardt, CFO of Software AG. "Earnings and cash flow growth are the basis for the further strategic development of Software AG."

Software AG confirms its forecast for fiscal year 2010 first published in February of this year; with total revenue growth of between 25 and 30 percent and product revenue growth of between 12 and 15 percent, at constant currency rates. The ETS product revenue is forecast to grow between 2 and 4 percent and the webMethods/ARIS product revenue between 25 and 30 percent. As regards earnings, the company expects a somewhat higher increase in profit after tax and earnings per share than before, raising the current profit growth to the range of 10 to 12 percent, at the upper end of the previous forecast.