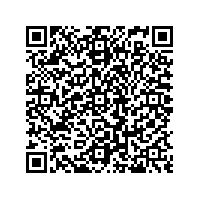 The winner of Software AG University Relations department's first idea contest as part of its Innovation World 2014 customer event has been announced. A team of students at the Georgia Institute of Technology in Atlanta will receive up to $10,000 in prize money for their model “crowdsourcing disaster relief system.” Within seconds of a disaster, the solution sends critical information to an app on mobile devices via the cloud. The winners will present their model at Innovation World 2014 on October 13-15 in New Orleans.

First-place winners at the Georgia Institute of Technology developed a national emergency disaster relief system that enables communication and cooperation between hospitals, doctors, volunteers and aid organizations. Their vision demonstrates that this can become the standard for any country worldwide. The system facilitates the fastest possible medical and logistical help vital to saving lives during disasters such as hurricanes and earthquakes.

In the event of an emergency, millions of users can simultaneously access the crowdsourcing disaster relief system using an app on a smart phone by way of the cloud. Critical information such as hospital capacities and other data relevant to immediate relief can be retrieved, analyzed and updated in real time. The system is based on Software AG's Apama and Terracotta products for real-time analysis of big data as well as its webMethods integration and process automation software.

A major benefit of the system is its platform-independence, which is possible thanks to the webMethods integration software. The crowdsourcing disaster relief system sends out early warnings to quickly mobilize disaster relief teams, local doctors and volunteer aid workers. An additional goal of this innovation is to reduce everyday wait times in hospital ERs by analyzing capacities and providing alternative care options.

Professor Marius Florin Niculescu from the Georgia Institute of Technology and students Utkarsh Garg and Shyamak Aggarwal are looking forward to presenting their model to the visitors of Innovation World 2014 in New Orleans, “How important such a system is, becomes clear when taking a drive through New Orleans. Even though some years have passed since Hurricane Katrina hit, its effects can still be observed throughout the city. With global warming worsening, such extreme cases of weather will become more frequent. Our disaster relief system aims to reduce fatalities.”

Software AG is financing the idea contest with $10,000, which reflects the company's commitment to education and research. In addition to the Georgia Institute of Technology in first place, second and third-place award recipients from the “Rheinisch Westfälische Technische Hochschule” (RWTH) Aachen (Germany), Widener University, Chester, Pennsylvania (USA) and the University of California, Berkeley (USA) have also been invited to present their ideas. RWTH Aachen will have the opportunity to showcase a sudden cardiac death prevention system. Tied for third place with the University of California, Berkeley, Widener University will be invited to demo a concept that improves athletic performance; UC Berkeley has the possibility to present a crowdsourcing recruiting platform.

Jürgen Powik, director of University Relations at Software AG, comments, “The number of ideas and visions entered from around the world shows us how much potential there is for close collaboration between industry and academia in training the next generation of top professionals. We hope everyone at Innovation World 2014 will stop by our stand to see how visionary ideas can be transformed into valuable and successful solutions."