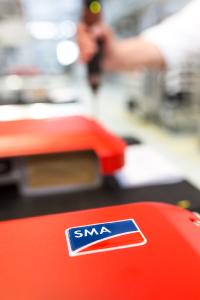 (PresseBox) ( Niestetal/Munich, Germany, 19-05-16 )
Millions of households worldwide rely on a Sunny Boy from SMA Solar Technology AG (SMA) for their solar power supply. The PV inverters have now once again been awarded for their reliability and performance. The Sunny Boy inverters scored top in a number of categories on the Inverter Reliability Scorecard from the independent testing institute PV Evolution Labs (PVEL). This scorecard provides a decision-making basis for selecting PV inverters for successful PV projects.


“We are thrilled that the reliability and performance of our Sunny Boy inverters have been recognized with this award,” said Charles Ellis, Vice President of Sales for the Americas at SMA. “The inverter tests performed by PVEL cover various aspects such as temperature behavior, efficiency, power, fault behavior and failure behavior. They provide interest groups with important information on which PV investments are the safest and most attractive financially. Banks, project developers and EPCs, for example, can use the scorecard to select PV inverters for successful PV projects.”

To determine the top performers on the scorecard, PVEL identifies specific key figures and evaluations for the inverters in multiple test sequences. For the tests, the independent institute was given an SMA Sunny Boy 7.7-1SP-US-40 PV inverter, which was tested as a top inverter in three categories: power thermal cycling, passive chamber testing and 30-day runtime.

The full report complete with the inverter rankings can be found here.

As a leading global specialist in photovoltaic system technology, the SMA Group is setting the standards today for the decentralized and renewable energy supply of tomorrow. SMA's portfolio contains a wide range of efficient PV inverters, holistic system solutions for PV systems of all power classes, intelligent energy management systems and battery-storage solutions as well as complete solutions for PV diesel hybrid applications. Digital energy services as well as extensive services up to and including operation and maintenance services for PV power plants round off SMA's range. SMA inverters with a total output of around 75 gigawatts have been installed in more than 190 countries worldwide. SMA's multi-award-winning technology is protected by more than 1,300 patents and utility models. Since 2008, the Group's parent company, SMA Solar Technology AG, has been listed on the Prime Standard of the Frankfurt Stock Exchange (S92) and is listed in the SDAX index.