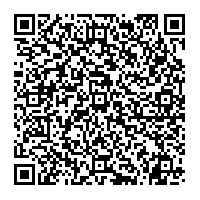 Subscribe to news
(PresseBox) ( Niestetal/Nordborg, 14-05-28 )
SMA Solar Technology AG (SMA/FWB: S92) and Danfoss A/S signed a contract today to enter into a close strategic partnership. With this agreement, the two leading system technology specialists will start to further boost their competitiveness. The goal is to sustainably strengthen their cost positions through economies of scale and through joint development initiatives. According to the plans announced in February, Danfoss will acquire 20% of SMA's outstanding shares and sell its entire solar inverter business to SMA. The necessary approval by the antitrust authorities has already been granted.

"Danfoss is very successful in the field of automated drives. This market has been characterized by fierce competition for many years. Accordingly, Danfoss has focused its strategy on continuous cost reduction by using global procurement opportunities and technological innovations. We will benefit from this experience and from economies of scale, thereby strengthening our leading position in the global photovoltaic market. We will accelerate innovation cycles through collaborative efforts in development and systematically reduce our product costs," explained SMA Chief Executive Officer Pierre-Pascal Urbon. In addition, by taking over Danfoss's PV inverter business SMA will be able to serve the high-growth market segment of medium-sized PV systems in Europe, the U.S. and Asia even better.

"This strategic partnership is economically attractive to both companies. Together with SMA, we will form one of the world's largest inverter alliances. In the coming years, Danfoss will certainly benefit from the pooled purchasing power and the high growth rates of the solar industry. The procurement synergies are expected to save both companies double-digit millions of euros annually starting in 2015. Furthermore, with our 20% stake in SMA we want to continue our involvement in the solar sector and participate in the mid- and long-term positive growth potential in that sector," said Niels B. Christiansen, President and CEO of Danfoss.

Urbon and Christiansen emphasize that they will implement the cooperation just as swiftly as the prior negotiations. This will be evident at the world's largest solar trade show, Intersolar Europe, on June 4-6, 2014, in Munich. SMA will present the MLX inverter (now Sunny Tripower 60000 TL), developed by Danfoss for medium-sized PV systems, at their booth. The system optimally enhances the SMA product portfolio. In addition, SMA and Danfoss employees will answer questions on products and services together at the companies' exhibition booths. SMA will take on responsibility for full service for all installed Danfoss inverters.

As part of the cooperation, Danfoss acquires 6.94 million of SMA Solar Technology AG shares at a price of €43.57 per share from the SMA founders, their trusts and families. The cash consideration corresponds to a premium of 21% based on the volume-weighted average share price over the last 60 days before the cutoff date of 27 May, 2014. The transaction volume amounts to €302.38 million. After the transaction's completion the freely tradable free float of SMA shares will be at 25.05%. The SMA founders, their trusts and families will hold 54.95% of SMA shares after the transaction is completed. Danfoss will not buy or sell any further SMA shares for a lock-up period of at least two years.

Danfoss is a world-leading supplier of technologies that meet the growing need for food supply, energy efficiency, climate-friendly solutions and modern infrastructure. The company's wide range of products and services are used in areas such as cooling food, air conditioning, heating buildings, controlling electric motors and powering mobile machinery. Danfoss is also active in the field of solar and wind power as well as district heating and cooling infrastructure for cities and urban communities. Danfoss Solar Inverters develops and manufactures a comprehensive range of grid-connected photovoltaic inverters for all PV applications, backed by some of the most extensive inverter testing facilities in the industry. The Group employs around 22,500 employees and sells its products in more than 100 countries around the world. In 2013, Danfoss generated net sales of €4.509 billion.

The SMA Group generated sales of €932.5 million in 2013 and is the global market leader for solar inverters, a key component of all PV plants. SMA offers innovative key technologies for future power supply structures. It is headquartered in Niestetal, near Kassel, Germany, and is represented in 21 countries. The Group employs more than 5,000 people worldwide. SMA's broad product portfolio includes a compatible inverter for every type of module on the market and for all plant sizes. The product range includes both inverters for grid-connected photovoltaic plants as well as off-grid and hybrid system technology. The product portfolio is supplemented by comprehensive services and operational management of utility-scale pv-plants. Since 2008, the Group's parent company, SMA Solar Technology AG, has been listed on the Prime Standard of the Frankfurt Stock Exchange (S92) and also in the TecDAX index.