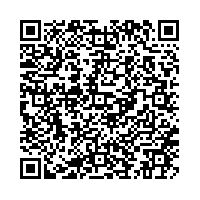 
In the first quarter of 2013, SMA Solar Technology AG (SMA/FWB: S92) sold PV inverters with an output of 1.2 gigawatts (Q1 2012: 1.9 GW) and generated sales of €212.3 million (Q1 2012: €405 million). Sales were within SMA's own guidance of €190 million to €220 million. The export ratio increased to 67.5% of sales (Q1 2012: 61.2%). This underscores SMA's outstanding international position with its excellent sales and service structures and full range of products. In the first quarter of 2013, significant growth impulses emanated from the U.S., Japan, Australia, and Thailand. Subsidy cuts in major European markets, a still unresolved debt crisis, and the possibility of punitive duties on Chinese modules in Europe had a negative effect on demand for PV inverters.

Despite the sharp decline in sales, SMA succeeded in generating positive earnings before interest, taxes, depreciation, and amortization (EBITDA) of €9.4 million in the reporting period (Q1 2012: €57.3 million). The decrease in earnings is attributable in particular to the negative trend in sales volume, the changed product mix, and high price pressure. Due to the investment in infrastructure, total depreciation and amortization increased to €17.8 million (Q1 2012: €14.5 million). This was one of the reasons why earnings before interest and taxes (EBIT) fell to €-8.4 million (Q1 2012: €42.8 million). The consolidated earnings amounted to € -5.8 million in the reporting period (Q1 2012: €29.6 million). With an equity ratio of 59.1% (Dec. 31, 2012: 61.8%) and net liquidity of €375.5 million (Dec. 31, 2012: €446.3 million), SMA continues to have a very solid balance-sheet structure and can finance its further development from its own resources.

"Measured in euro, the global photovoltaic market will decline in 2013 for the first time in many years. As the global market leader, we will be especially affected by this. In such a short space of time, we will not be able to offset the sharp decline in sales with the ongoing measures for increasing productivity and saving on material costs alone. Therefore, we are forced to adjust the personnel structures to the changes in underlying conditions and the lower level of sales in the upcoming months. We will enter into negotiations with the Work Council and strive for a socially acceptable solution in the next few weeks. At the same time we have to keep an eye on the strategic goals. As part of our innovation strategy, we will develop entirely new product platforms and use our many years of experience in system technology in order to design innovative solutions for energy management," explains SMA Chief Executive Officer Pierre-Pascal Urbon.

The SMA Managing Board confirms the sales and earnings guidance for 2013 for the SMA Group. It predicts sales of € 0.9 billion to € 1.3 billion and a break-even result in the best scenario. Nevertheless, the Managing Board cannot exclude the possibility of a loss.

The quarterly financial report for January to March 2013 is available at www.SMA.de/....