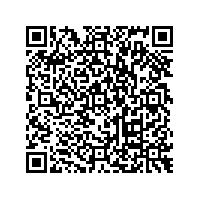 Subscribe to news
(PresseBox) ( Niestetal/Mumbai, 13-04-05 )
The Indian Economic Development Research Association (IEDRA) has honored SMA Solar India, the Indian sales and service company of SMA Solar Technology AG (SMA), with the Indian Industrial Excellence Award. With this prize, the association recognizes SMA Solar India's exceptional accomplishments in the area of photovoltaics and the company's commitment to providing the country with a reliable and clean power supply.

"Since its founding in 2010, SMA Solar India has experienced excellent momentum and success in this strategically important market. Already with a total output of several hundred gigawatts, our team in India has equipped PV projects of all power classes and for all applications with inverters and system technology and has supported our customers with comprehensive service. Being honored with the Indian Industrial Excellence Award further emphasizes the fact that our employees in India are making an important contribution to the economic development there," explains SMA Chief Executive Officer Pierre-Pascal Urbon.