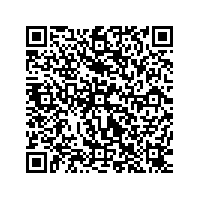 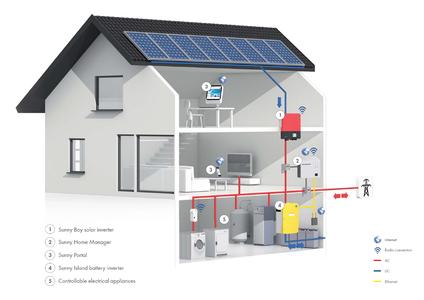 (PresseBox) ( Niestetal/Frankfurt, 13-05-16 )
During the second International Smart Energy Congress, SMA Solar Technology AG was awarded the 2013 Smart Energy Award in the energy information and communication technology category by Hesse's environment minister Lucia Puttrich. SMA received the award, recognized as the Hessian state award for intelligent energy, for its holistic energy management solution - SMA Smart Home. The awards ceremony was held on May 14 in Frankfurt am Main.

"Systems capable of intelligent and automatic energy management in the home are key to the success of the energy transition. With the SMA Smart Home we provide a holistic energy management system, which covers all important functions and can be operated efficiently using the cost advantage of self-consumed solar energy already available. Being awarded the Smart Energy Award 2013 is a great confirmation of this innovative accomplishment," explains Tom Rudolph, head of the Solution Unit Energy Management at SMA.

With the SMA Smart Home, private households can both become independent from rising electricity prices and can also reduce the load on the utility grid, as self-generated solar power is consumed directly in the home. The system is comprised of an intelligent and easy to use energy manager that uses local and plant-specific generation forecasts as well as a flexible battery storage system, which can also be retrofitted in existing systems:

The Sunny Boy PV inverter guarantees maximum PV module energy yields and converts the direct current into standard alternating current for household use with the highest level of efficiency. The PV inverter is not only responsible for converting energy. It also monitors the PV array and the status of the utility grid.

The Sunny Home Manager is the system's intelligent monitoring center. As the only solution on the market, it does not only make ad-hoc decisions based on instantaneous consumption and generation values; it creates an intelligent and continuously updated planning scheme, which takes both generation and consumption forecasts into account. The forecast data required for planning comes from various sources. The consumption forecast is based on a self-learning algorithm which constantly analyzes the consumption patterns in the household, according to a time frame of several weeks. The local generation forecast is created based on real-time generation data from approximately 30,000 PV systems in Germany that are connected to weather forecasts via complex calculation models. Additional input parameters include the state of charge of available storage batteries, user settings for operation of individual loads and the grid electricity price which fluctuates. The Sunny Home Manager generates optimized "timetables" based on this information - for the loads that are not constrained by time and for the battery system. Automatic load management is done via SMA radio-controlled sockets with Bluetooth communication or directly using the Miele@Home standard. Furthermore, the device is already prepared for operation according to the future EEBus communication standard for SMA Smart Home applications. In this way, compatible household appliances as well as heating, air conditioning and ventilation systems planned for the future can be integrated into the energy management system. The Sunny Home Manager can be configured using any online Internet browser - from any smartphone or PC, whether at home or on the move. The SMA radio-controlled sockets used to control appliances also function as repeaters, thus ensuring a reliable connection to the network in the house or apartment.

The Sunny Island off-grid inverter complements the SMA Smart Home with a system for the temporary storage of electrical energy. This leads not only to increased self-consumption in the home, but also to the receptiveness of the distribution grid to variable renewable power generation capacity, given the corresponding external triggers are present. When it comes to power, storage capacity and battery type, the storage system can be configured exactly according to the customer's needs and can also be easily retrofitted.

As a further component of the SMA Smart Home, SMA will introduce, with the Sunny Boy Smart Energy, the SMA Integrated Storage System to the market in the second half of this year. The wall-mountable device combines a modern PV inverter with a lithium-ion battery. In addition, SMA cooperates with leading manufacturers in the fields of storage technology, smart metering, home appliances, electric mobility, heating and ventilation and air conditioning systems in order to ensure the highest quality standards in household energy management and to integrate further components into the energy management system.

About the Smart Energy Award

The 2013 Smart Energy award is recognized as the Hessian state prize for intelligent energy. It is awarded for outstanding innovations in the categories of energy grids, energy storage, energy and information and communication technology (ICT) as well as in the Hessian university and school students junior category. All submissions were evaluated by a highly qualified jury according to the criteria of scientific-technical achievement, market trends, sustainability, safety, innovation, design, practicability, feasibility and economic viability.