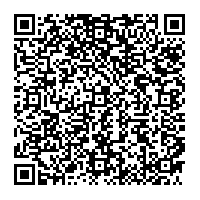 In the first six months of 2017, SMA Solar Technology AG (SMA/FWB: S92) sold PV inverters with a total output of 3.8 GW, which was thus on a par with the previous year (H1 2016: 3.9 GW). Sales fell to €381.1 million (H1 2016: €482.3 million) due to the overall drop in prices in all segments and regions. Thanks to its unique position, SMA achieved a balanced distribution of sales in its segments and regions in the first six months of the year. System solutions for commercial PV systems (Commercial) and storage applications enjoyed a positive performance. At regional level, SMA achieved significant sales growth in Asian markets.

SMA’s business model is not capital-intensive. As a result, SMA generated high operating cash flows of €38.8 million in the reporting period (H1 2016: €55.3 million) and further increased its high liquidity reserve. Net cash rose to €401.6 million (December 31, 2016: €362.0 million). The equity ratio slightly increased to 49.7% (December 31, 2016: 48.3%). As such, SMA still has a highly solid balance-sheet structure. SMA will use its financial strength to benefit from the digitization of the energy industry and develop new business models.

“After a moderate start to the year, SMA increased its sales by 20% in the second quarter of 2017 as against the first three months of the year. We saw a favorable increase in all key segments, particularly in the Asia-Pacific region (APAC). For the second half of the year, we expect the business to significantly pick up again based on strong incoming orders in all markets,” explained SMA’s CEO Pierre-Pascal Urbon. “In the medium term, we anticipate exponential growth in the storage application segment. SMA already has system technologies for using large storage solutions to stabilize electricity grids or using batteries to increase self-consumption in private households or companies. Thanks to our intelligent energy management and strategic alliances, we have laid the foundation for new business models. SMA will therefore benefit from the global trend toward decentralized energy and the digitization of the energy industry.”

The SMA Managing Board confirms its sales and earnings guidance for fiscal year 2017, which was increased on August 1, 2017. It forecasts sales of between €900 million and €950 million and EBITDA of between €85 million and €100 million. Net cash is expected to rise to more than €450 million thanks to high operating cash flow.

You can find the Half-Yearly Financial Report for January to June 2017 at www.SMA.de/IR/FinancialReports.

This press release serves only as information and does not constitute an offer or invitation to subscribe for, acquire, hold or sell any securities of SMA Solar Technology AG (the “Company”) or any present or future subsidiary of the Company (together with the Company, the “SMA Group”) nor should it form the basis of, or be relied upon in connection with, any contract to purchase or subscribe for any securities in the Company or any member of the SMA Group or commitment whatsoever. Securities may not be offered or sold in the United States of America absent registration or an exemption from registration under the U.S. Securities Act of 1933, as amended