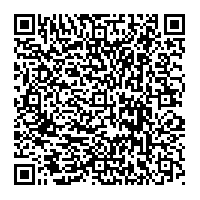 “The first quarter of 2017 was shaped by high price pressure in all markets and segments in addition to poor weather conditions on key sales markets,” explained SMA CEO Pierre-Pascal Urbon. “At the same time, incoming orders developed extremely positively in the first quarter, resulting in a book-to-bill ratio of 1.4. As of March 31, 2017, SMA had an order backlog of around €626 million, of which roughly €232 million was attributable to the product business. Sales and the order backlog in the first three months correspond to approximately half of the Managing Board’s annual sales forecast. In addition, we will roll out other cost-optimized products and solutions on international photovoltaic markets in the coming months and present innovative solutions, including solutions for comprehensive and fully automatic energy management across various sectors, to our customers at leading trade fairs in the near future. This is why we expect to significantly improve our business performance in the second half of the year despite continued high price pressure.”

In light of the high order backlog, the SMA Managing Board confirms its sales and earnings forecast for the 2017 fiscal year published on January 26, 2017. The forecast anticipates sales of €830 million to €900 million and EBITDA of €70 million to €90 million. Net cash will amount to between €400 million and €450 million due to high operating cash flow.

You can find the quarterly statement for January to March 2017 at www.SMA.de/IR/FinancialReports.