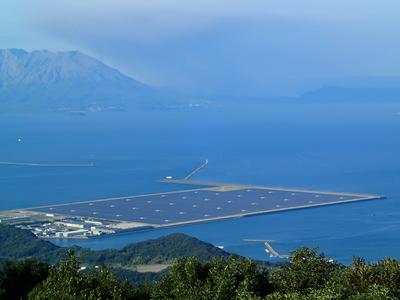 "The fact that SMA system technology is being used for Japan's largest PV power plant underscores our excellent position in this key market. Thanks to our local sales and service structures as well as system solutions specifically tailored to local requirements, we are ideally positioned to take advantage of the tremendous growth expected in this future market. In fact, by the end of the year Japan is expected to surpass Germany as the world's strongest photovoltaic market in terms of sales," explains SMA Chief Executive Officer Pierre-Pascal Urbon.

At the beginning of last year SMA had already established a local sales and service company in Tokyo. A few months later another milestone was reached when the Japan Electrical Safety & Environment Technology Laboratories (JET) certified Sunny Boy inverters for PV rooftop systems and approved them for sale in the Japanese market. Additionally, just a couple of weeks ago SMA became the first non-Japanese manufacturer to receive JET certification for a threephase device, the Sunny Tripower 10000TLEE-JP. Although JET certification is not required for central inverters in industrial solar projects, SMA has nonetheless subjected the Sunny Central CP-JP inverters to the same series of tests used in JET certification for PV rooftop systems. The inverters can be easily set up for outdoor use and are capable of withstanding the adverse weather conditions that prevail in southern Japan such as salty air and typhoons.