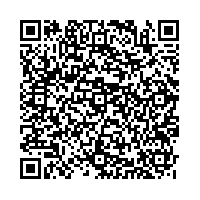 Ilonka Nussbaumer Takes Over From Reiner Wettlaufer on SMA Supervisory Board 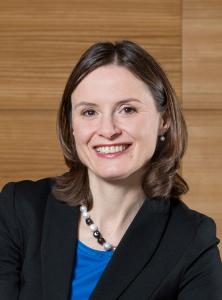 (PresseBox) ( Niestetal, 19-09-10 )
Kassel District Court appointed Ilonka Nussbaumer, Senior Vice President and Head of Human Resources at Danfoss, as a member of the Supervisory Board of SMA Solar Technology AG (SMA/FWB: S92). The new shareholder representative was appointed after Reiner Wettlaufer, co-founder, former CFO and long-standing Supervisory Board member of SMA, stepped down for personal reasons. Ilonka Nussbaumer will bring in particular her international management experience in the field of human resources to the Board.


“We would like to thank Reiner Wettlaufer for his many years of dedicated work on the Supervisory Board,” said Dr. Erik Ehrentraut, Chairman of the Supervisory Board of SMA Solar Technology AG. “As one of the four founders of SMA, Reiner Wettlaufer has dedicated his entire professional career to the company and applied his outstanding financial and technical expertise to play a key role in SMA’s development into a world-leading specialist in photovoltaic systems technology. Furthermore, Reiner Wettlaufer has also contributed to establishing a unique cooperative and transparent corporate culture since the company was founded, without which the company’s economic success would not have been conceivable. The Supervisory Board deeply regrets to see Reiner Wettlaufer go but respects his decision. We are pleased that Ilonka Nussbaumer, an extremely competent and highly qualified individual, will succeed him as a member of the SMA Supervisory Board. She is an internationally experienced manager with outstanding knowledge, particularly in the field of human resources, from whom SMA can enormously benefit on its path to becoming a system and solution provider.”

Since February 1, 2019, Ilonka Nussbaumer has been Senior Vice President and Head of Human Resources at Danfoss (Nordborg, Denmark), a world-leading provider of technologies for various industries that employs more than 25,000 people in over 100 countries. Prior to this, she had global HR responsibility at the multinational family-owned company Voith with 19,000 employees, where she acted as Senior Vice President from March 2011. She moved there after almost ten years at the Schaeffler Group, where she had held various management roles in the Human Resources area, most recently as Vice President for Automotive Human Resources.

As a leading global specialist in photovoltaic system technology, the SMA Group is setting the standards today for the decentralized and renewable energy supply of tomorrow. SMA's portfolio contains a wide range of efficient PV inverters, holistic system solutions for PV systems of all power classes, intelligent energy management systems and battery-storage solutions as well as complete solutions for PV diesel hybrid applications. Digital energy services as well as extensive services up to and including operation and maintenance services for PV power plants round off SMA's range. SMA inverters with a total output of around 75 gigawatts have been installed in more than 190 countries worldwide. SMA's multi-award-winning technology is protected by more than 1,400 patents and utility models. Since 2008, the Group's parent company, SMA Solar Technology AG, has been listed on the Prime Standard of the Frankfurt Stock Exchange (S92) and is listed in the SDAX index.