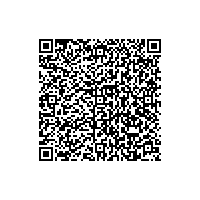 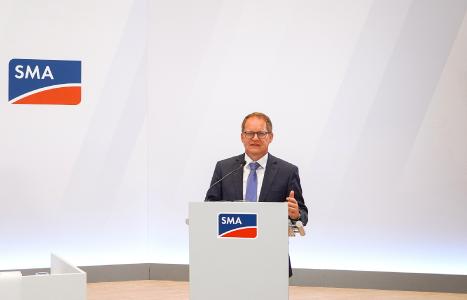 (PresseBox) ( Niestetal, 20-06-04 )
The shareholders of SMA Solar Technology AG (SMA/FWB: S92) granted full discharge to the Managing Board and Supervisory Board for the 2019 fiscal year with a clear majority of over 99% and over 98% at today‘s Annual General Meeting, which was held online due to the coronavirus crisis. There was also a large majority in favor of the other proposals. Uwe Kleinkauf and Jan-Henrik Supady were elected to the Supervisory Board of SMA as new shareholder representatives. They succeed SMA co-founder Peter Drews and the former Chairman of the Supervisory Board Dr. Erik Ehrentraut, who did not stand for re-election. The shareholders again elected Roland Bent, Kim Fausing and Alexa Hergenröther as further representatives of the Supervisory Board. They also elected for the first time Ilonka Nussbaumer, who had been judicially appointed in September 2019 following the departure of company co-founder Reiner Wettlaufer. Around 150 shareholders attended the 2020 Annual General Meeting of SMA Solar Technology AG online. 86% of those with voting rights were present.


The Annual General Meeting accepted the proposal of the Managing Board and Supervisory Board that no dividend be distributed for the 2019 fiscal year. SMA achieved sales of €915 million and EBITDA of €34 million in 2019. The sales growth of around 20% compared with the previous year is mainly attributable to the excellent business performance in the Home Solutions and Large Scale & Project Solutions segments. Here SMA was able to regain market share and generate more sales than in the previous year, especially in the target markets Germany and the U.S., but also in new markets.

“Thanks to our successful restructuring and cost reduction measures, an increased customer focus and targeted sales activities, we have significantly improved sales and earnings in the past year,” said SMA Chief Executive Officer Jürgen Reinert. “We also made an excellent start to 2020, significantly increasing sales and earnings in the first quarter and generating positive EBIT of €1.6 million. Order intake also continued to develop very well at €330 million in the first three months of the year. Through active management and process adjustments, we have maintained our supply chain and production capacity throughout the coronavirus crisis and suffered only minor supply shortages. Due to the coronavirus crisis, we are anticipating a decline in the coming months, which we believe will be followed by a market recovery starting at the end of the third quarter. In addition, the sales and product-related order backlog in the first quarter already cover over 60% of the Managing Board’s sales guidance for the 2020 fiscal year. On this basis, we continue to assume that we will meet our sales and earnings targets and increase our market shares in key target markets.”

The Managing Board and Deputy Chairman of the Supervisory Board, Kim Fausing, thanked Dr. Erik Ehrentraut and company co-founders Peter Drews and Reiner Wettlaufer for their many years of excellent and trusting collaboration, in which they contributed their extensive experience and expertise in an environment characterized by major changes. “Uwe Kleinkauf and Jan-Henrik Supady are two highly skilled successors who possess comprehensive management expertise for the Supervisory Board,” said Kim Fausing.

Martin Breul, Oliver Dietzel, Johannes Häde, Yvonne Siebert, Romy Siegert and Dr. Matthias Victor represent employees on the twelve-member SMA Supervisory Board with equal representation alongside shareholder representatives Roland Bent, Kim Fausing, Alexa Hergenröther, Uwe Kleinkauf, Ilonka Nussbaumer and Jan-Henrik Supady. At the constituent meeting of the Supervisory Board, which took place following the Annual General Meeting, Uwe Kleinkauf was elected as the Chairman. “I would like to thank the shareholders and Supervisory Board members for the trust they have placed in me,” said Uwe Kleinkauf. “With my commitment to the SMA Supervisory Board, I would like to express the deep attachment of the founding families to SMA also in the next generation. I strongly believe that the future belongs to renewable energies, and that SMA will continue to play an important role in that future.“ Kim Fausing was confirmed as Deputy Chairman of the Supervisory Board.

The presentation and speech given by the Managing Board as well as an overview of the composition of the Supervisory Board and further information on the Annual General Meeting can be found online at www.sma.de/en/investor-relations/annual–general-meeting.

Press pictures can be downloaded here

As a leading global specialist in photovoltaic system technology, the SMA Group is setting the standards today for the decentralized and renewable energy supply of tomorrow. SMA's portfolio contains a wide range of efficient PV inverters, holistic system solutions for PV systems of all power classes, intelligent energy management systems and battery-storage solutions as well as complete solutions for PV diesel hybrid applications. Digital energy services as well as extensive services up to and including operation and maintenance services for PV power plants round off SMA's range. SMA inverters with a total output of around 85 gigawatts have been installed in more than 190 countries worldwide. SMA's multi-award-winning technology is protected by more than 1,500 patents and utility models. Since 2008, the Group's parent company, SMA Solar Technology AG, has been listed on the Prime Standard of the Frankfurt Stock Exchange (S92) and is listed in the SDAX index.