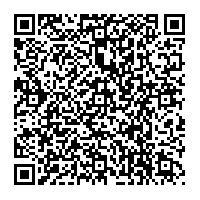 The shareholders of SMA Solar Technology AG (SMA/FWB: S92) granted full discharge to the Managing Board and Supervisory Board for the 2016 fiscal year with a clear majority of over 99% at today’s Annual General Meeting in Kassel. The remaining items on the agenda were also passed with a large majority. Nearly 400 shareholders attended the 2017 Annual General Meeting of SMA Solar Technology AG, and 85% of those with voting rights were present. The Annual General Meeting followed the suggestion of the Managing Board and Supervisory Board and approved the dividend payout of €0.26 per qualifying bearer share for the 2016 fiscal year.

“After the successful turnaround, SMA regained good strength in earnings and significantly increased cash flow last year,” said SMA Chief Executive Officer Pierre-Pascal Urbon. “SMA has excellent fundamentals and is maintaining the dividend policy pursued since the IPO. As in the boom years, most of our earnings should remain within the company. In this way, we can ensure that SMA is able to implement its strategy from its own resources and become an energy service provider in the years to come.” In the 2016 fiscal year, SMA generated €946.7 million in sales and significantly increased EBITDA to €141.5 million. Net income amounted to €29.6 million. With a payout totaling €9 million, the payout ratio in relation to net income amounts to 32.8%. The depository banks will begin dividend payments on May 24, 2017.

In the first four months of 2017, SMA posted a positive trend in order intake. Since the beginning of the year, order backlog increased by 20% to a total of €646 million. Around €250 million of this amount was attributable to product business. The SMA Managing Board therefore confirmed its sales and earnings forecast for the 2017 fiscal year. The forecast anticipates sales of €830 million to €900 million and EBITDA of €70 million to €90 million. Net cash will amount to between €400 million and €450 million due to high operating cash flow.

The Annual General Meeting elected Alexa Hergenröther to the Supervisory Board by a large majority. She was appointed by the court in August 2016, after Dr. Winfried Hoffmann had stepped down from his position as a shareholder representative. The 12-member SMA Supervisory Board provides equal representation of shareholders and employees. Alexa Hergenröther joined the existing members, Roland Bent, Peter Drews, Dr. Erik Ehrentraut, Kim Fausing and Reiner Wettlaufer, in representing shareholder interests. Employees continue to be represented on the Supervisory Board by Oliver Dietzel, Johannes Häde, Heike Haigis, Yvonne Siebert, Dr. Matthias Victor and Hans-Dieter Werner.

The presentation and the speech given by the Managing Board at the Annual General Meeting, along with further information, can be found on the internet at www.sma.de/en/investor-relations/annual–general-meeting.