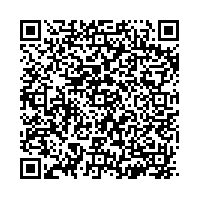 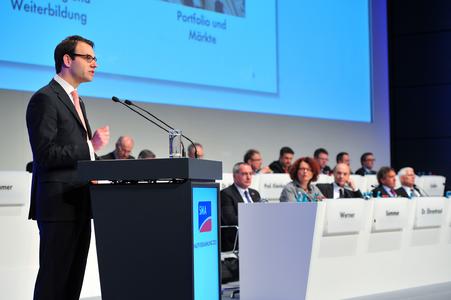 (PresseBox) ( Niestetal, 13-05-23 )
SMA Solar Technology AG (SMA/FWB: S92) shareholders granted full discharge to the Managing Board and Supervisory Board for the fiscal year 2012 with a clear majority of over 99 percent at today's 2013 Annual General Meeting in Kassel. The remaining items on the agenda were also passed with a large majority. More than 450 shareholders attended the 2013 Annual General Meeting of SMA Solar Technology AG, and 87 percent of those with voting rights were present. The Annual General Meeting followed the suggestion of the Managing Board and Supervisory Board and approved the payout of a dividend of €0.60 per qualifying bearer share for the fiscal year 2012 (2011: €1.30 per share).

"SMA stands by its long-term dividend policy, even in difficult times. With a payout ratio of 27.7 percent based on consolidated net profit, we are within our target shareholder participation of 20 to 40 percent. The predominant portion of the generated profit will remain in the company. This is appropriate, since SMA, as a technology company, invests considerable resources in research and development - in other words, in the future," explains SMA Chief Executive Officer Pierre-Pascal Urbon. The SMA group generated sales of €1.5 billion in 2012 and an operating profit (EBIT) of €102 million. The SMA Managing Board predicts sales of €0.9 billion to €1.3 billion and a break-even result in the best scenario for 2013. The Managing Board cannot exclude the possibility of a loss. The dividends for the fiscal year 2012 will be paid out through the depository banks starting on May 24, 2013.

Ullrich Meßmer resigned from his position as a member of the Supervisory Board at SMA after the Annual General Meeting. His colleague Oliver Dietzel is to succeed him, subject to the approval of the District Court Kassel. Oliver Dietzel is the authorized representative of IG Metall in North Hesse and would carry out his position as a member of the SMA Supervisory Board as a part of his operative responsibilities in the region. Further employee representatives on the 12-person SMA Supervisory Board, which represents shareholders and employees equally, are Dr. Günther Häckl, Johannes Häde, Alexander Naujoks, Joachim Schlosser and Mirko Zeidler. Shareholder representatives include, as before, Günther Cramer (Chairman), Peter Drews, Dr. Erik Ehrentraut (Deputy Chairman), Dr. Winfried Hoffmann, Prof. (em.) Dr.-Ing. Werner Kleinkauf and Reiner Wettlaufer.

The speech and presentation given by the Managing Board at the Annual General Meeting along with further information can be found on the Internet at www.sma.de/....