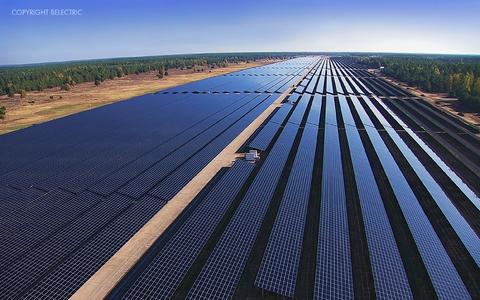 "Sunny Central 900CP XT devices with integrated Q at Night feature for reactive power provision are the ideal inverters for the nearly 1.5 million thin-film PV modules installed in Templin," says Anja Marcinczik, Global Account Manager responsible for the project at SMA. The SMA Sunny Central CP XT inverter has already been capable of producing leading or lagging reactive power at any time during regular feed-in operation. Now, thanks to the innovative Q at Night feature, it can do so at night or during idle feed-in operation as well. This is particularly important when power plants like the one in Templin generate large amounts of leading reactive power that has to be compensated. Not only do they obviate the need for additional compensation systems and thus reduce costs, SMA central inverters, when combined with intelligent plant control systems in modern PV power plants, can also help improve the stability of the electricity grid and enable the further expansion of renewable energy.