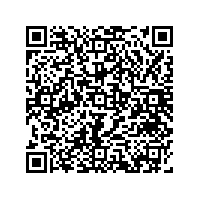 SLM Solutions Group AG ("SLM Solutions"), a leading provider of metal-based additive manufacturing technology, lifted its revenue by 15.7 % in the first quarter of the 2017 fiscal year to EUR 15.9 million (Q1 2016: EUR 13.8 million). The market showed a significant increase in interest in SLM Solutions machines during the first three months of 2017, unfortunately not yet reflected in new order intake figures.

As some customers currently continue to wait and see whether changes in the additive manufacturing market have come to a conclusion, new order intake was down by 28.0 % year-on-year to 18 machines (Q1 2016: 25). The value of orders in the first quarter of 2017 reduced by just 23.0 % year-on-year to EUR 11.3 million (Q1 2016: EUR 14.6 million), and consequently not as sharply as the number of machines ordered. Uwe Bögershausen, currently CEO of SLM Solutions Group AG, comments: "In part due to our multi-laser technology, SLM Solutions machines stand for the highest productivity rates in the sector, and consequently for the cost-efficient production of highly complex series components. The recently presented possibility to install 700W lasers has further positive effects on our systems' performance. We are convinced these USPs versus our competitors will pay out for us long-term." SLM Solutions is also continuing to focus on establishing sustainable, long-term partnerships. The recently presented cooperation with US company DIVERGENT 3D represents a good example of this endeavour.

Total operating revenue (the sum of sales revenue, inventory changes and other own work capitalised) of EUR 13.8 million in the first quarter of 2017 was down by 22.0 % compared with the previous year due to intensive stock reduction. Working capital intensity was reduced by around 10 % from 55.3 % in the previous year's quarter to 50.7 % in the first quarter of 2017. Thanks to the sale of machines from warehoused stock in the reporting period, the cost of materials decreased more sharply than total operating revenue to reach a level of EUR 5.1 million (Q1 2016: EUR 9.7 million). Accordingly, the cost of materials ratio (in relation to total operating revenue) of 37.0 % diminished significantly year-on-year (Q1 2016: 55.2 %). The adjusted personal cost ratio (in relation to total operating revenue) increased to 52.8 % (Q1 2016: 29.5 %), reflecting hiring for further growth and the reduction in total operating revenue. EBITDA in both years was adjusted to reflect expenses for the employee loyalty program (Retention Bonus) that was established for a three-year period at the time of the IPO in 2014. The final payments from the Retention Bonus are to be rendered during the second quarter of 2017.

As targets for the year, the Management Board confirms revenue in a range between TEUR 110,000 and TEUR 120,000, and an EBITDA margin (in relation to revenue and after adjusting for one-off effects) between 10 % and 13 %. These targets are achievable, but, as in the previous year, depend particularly on the course of the fourth quarter of 2017, which includes, among other events, the important sector trade fair formnext in Frankfurt.

The report on the first quarter of 2017 for SLM Solutions is available from today in both German and English from www.slm-solutions.com under "Investor Relations".

Lübeck-based SLM Solutions Group AG is a leading provider of metal-based additive manufacturing technology. The company's shares are traded in the Prime Standard of the Frankfurt Stock Exchange. The stock has been listed in the TecDAX index since March 21, 2016. SLM Solutions focuses on the development, assembly and sale of machines and integrated system solutions in the field of selective laser melting. SLM Solutions currently employs over 320 members of staff in Germany, the USA, Singapore, Russia, India and China. The products are utilised worldwide by customers in particular from the aerospace, energy, healthcare and automotive industries.