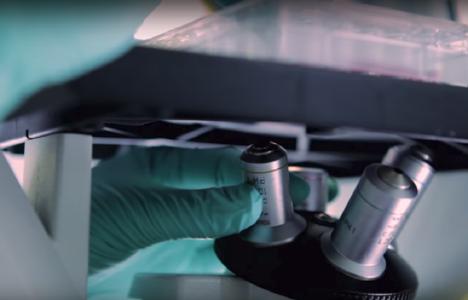 (PresseBox) ( Martinsried, 18-09-07 )
A recent collaboration between Associate Professor Peter Johannes Holst at University of Copenhagen, his research group and colleagues at Bogor Agricultural University, and Munich based viral vector company SIRION Biotech, demonstrated that their key candidate hAd19a/64 can outperform its counterpart and gold-standard, hAd5, as a vaccine vehicle. The team used the vector to express an antigen in mice and non-human primates (NHP), which resulted in a stable immunization of the host against the antigen.  Most importantly, the hAd19a/64 serotype could maintain this effect in animals that had been pre-immunized against adenovirus C serotypes. This pre-immunization mimics a common immunity against type C serotypes in human populations, which threatens to limit the suitability of hAd5 for human therapies.

“Adenovirus vectors are heavily tested as genetic antigen carriers, to vaccinate against infectious disease, and in immune-oncology trials. The ability to elicit immune responses against a customizable antigen is their key feature. We demonstrated that our lead candidate hAd19a/64 can generate an immune response that mimics the effects of hAd5, with none of its downsides. It even surpasses it in some cases, such as a stronger and broader CD4+ T-cell response after MVA boost in NHP. This greatly elevates its chances to also succeed in clinical trials.” says Dr. Thirion, CTO and company founder of SIRION Biotech GmbH.

Dr. Peter Johannes Holst explains further: “hAd19a/64 has a strong natural tropism towards human dendritic cells, which present antigens directly to the immune system. At the same time, only a small fraction of people in the general population carry a pre-acquired immunity against this serotype. This means that the serotype combines an efficient transduction mechanism with a wide applicability. Most importantly, we were able to show that pre-acquired immunities against other, more common adenoviral serotypes, such as Ad5, do not lessen hAd19a/64’s efficiency.”

In their publication in Vaccine, Emeline Ragonnaud et al. designed replication deficient hAd19a, hAd5 and MVA vectors expressing a papillomavirus (PV) antigen fused to the human MHC class II associated invariant chain T cell adjuvant, and investigated their immunogenicity in vivo in mice and NHP. After the successful application of their lead candidate, the team now plans to clear a chronic infection of PV from NHP as a proof-of-concept study.

“This is exciting news for anyone working towards clinical vaccination or immune-oncology trials,” says Dr. Sabine Ott, VP of BD and Licensing at SIRION Biotech, “since this system can be adjusted to express nearly any possible antigen. We are excited to be able to give scientists, who conduct research into the treatment and prophylaxis of serious human diseases, a powerful new tool at hand.”

eHealth mausert sich vom digitalen Ladenhüter zum elementaren Teil des globalen Gesundheits-Megatrends. Dabei geht es weniger um das Ausreizen technologischer Innovationen, als vielmehr um den sinnvollen zwischenmenschlichen Einsatz. read more
The publisher indicated in each case is solely responsible for the press releases above, the event or job offer displayed, and the image and sound material used (see company info when clicking on image/message title or company info right column). As a rule, the publisher is also the author of the press releases and the attached image, sound and information material.
The use of information published here for personal information and editorial processing is generally free of charge. Please clarify any copyright issues with the stated publisher before further use. In the event of publication, please send a specimen copy to service@pressebox.de.