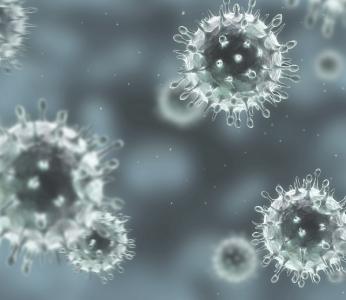 (PresseBox) ( Martinsried, 17-01-12 )
With the beginning of a new fiscal year SIRION Biotech GmbH, located at the Innovation and Start-Up Center for Biotechnology in Martinsried/Planegg near Munich, reports an annual growth of 140% to 4 million Euros in revenue, and profitability - just in time to celebrate its 10th year in the business. Decisive for this success was a first milestone payment for a technology that was developed in cooperation with experts from the Helmholtz Center Munich, improving lentiviral transduction for clinical applications. The technique enables significantly better uptake of therapeutic lentivirus into patient cells to improve its potency. The “Munich solution” recently received safety confirmation by American officials as an element of a large scale phase III clinical study.

Gene therapy, the rectification of inherited defects or disease by means of gene technology, is among the fastest growing medical fields and destined to shape the future of the pharma sector. A decisive element for successful is to secure a strategy that enables targeted and efficient uptake of a therapeutic gene into the patient cell. The difficulty here lies in how well a vector strategy from a laboratory setting can be translated into the clinical environment. Especially therapeutically relevant blood- and primary cells are notoriously difficult to modify. Even in the lab, current methods rarely reach a third of all cells. This seriously decreases the chances of success for any clinical trial that is aimed at this cell type.

Experts at the Institute of Radiation Biology of the Helmholtz Center Munich and SIRION Biotech GmbH identified and developed compounds that maximize a cell’s willingness to take up lentiviral vectors, pushing transduction rates beyond the 90 percent mark. The technology is designed for easy integration into clinical trials and is poised to impact any study on its way to market.

LentiBOOSTTM technology has been tested and confirmed by several academic groups that work on difficult to treat cell types, including several types of blood cells. Now the industrial sector has begun noticing it as well. Recently, the “Munich solution” received safety confirmation by American officials and has been integrated in a large scale phase III clinical study. For its success implementation, SIRION Biotech received a first substantial milestone payment, on which Helmholtz Center Munich was included through a participation agreement arranged by Ascenion technology transfers.

These developments fall in sync with SIRION Biotech’s 10th year in business and helps lift the partially government funded company into profitability. Its greater goal is the development of highly efficient technologies to elevate targeted gene modification for medical research, diagnostics and therapy development. To this end it concentrates on the advancement of artificial viral vectors to exploit the viruses’ natural ability to pass through a cell’s membrane and serve as a defined gene package to the nucleus. SIRION’s element of success is their careful mix of virus platforms; Adeno-, lenti and adeno-associated virus technologies are all well-established in Martinsried. These “big three” are especially well suited for medical applications and heavily researched for different applications in therapy and vaccination. Their three-pronged strategy enables the company to approach several pressing bottlenecks of the medical R&D landscape such as adenoviral vaccinations and immune oncology. The SIRION team has worked its way to the top, providing technical support to more than 200 academic and worldwide industrial customers, annually. The company is supported in part by government funding, employing a staff of 25 and growing.

SIRION Biotech began its customer business in 2007 in Munich, setting their goal to spark a new generation of viral vector standards for gene therapy and vaccination development. This meant building a novel, all-encompassing viral vector platform for adeno-, lenti- and adeno-associated viruses. De novo vector design enables the construction of individual cell models, catering to the needs of the customer's work. This service platform enables and expedites advances in drug-, cosmetics- and food industries. To date SIRION has completed over 1500 projects of all sizes, working closely with over 200 independent customer groups from academia and industry.