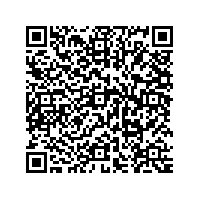 "Exceptionally strong sales of our 4G Mobile Computing products, combined with steady growth in our Machine-to-Machine business, led to higher than expected revenue and profitability in the second quarter of 2012," said Jason Cohenour, President and Chief Executive Officer. "In addition, our successful acquisition of Sagemcom's M2M business expands our leading market share position and further accelerates our growth in the exciting Machine-to-Machine market."

Non-GAAP results exclude the impact of stock-based compensation expense, acquisition costs, restructuring costs, integration costs, acquisition amortization, foreign exchange gains or losses on foreign currency contracts as well as translation of balance sheet accounts, and certain tax adjustments. We disclose non-GAAP amounts as we believe that these measures provide our shareholders with better information about actual operating results and assist in comparisons from one period to another. The reconciliation between our GAAP and non-GAAP results is provided in the accompanying schedules.

This Non-GAAP guidance for the third quarter of 2012 reflects current business indicators and expectations. Inherent in this guidance are risk factors that are described in greater detail in our regulatory filings. Our actual results could differ materially from those presented below. All figures are approximations based on management's current beliefs and assumptions.

Sierra Wireless President and CEO, Jason Cohenour, and CFO, David McLennan, will host a conference call and webcast with analysts and investors to review the results on Thursday, August 2, 2012, at 5:30 PM Eastern Time (2:30 PM PT). A live slide presentation will be available for viewing during the call from the link provided below.

To participate in this conference call, please dial the following number approximately ten minutes prior to the commencement of the call:

The webcast will remain available at the above link for one year following the call.

We look forward to having you participate in our call.

- Typically include words and phrases about the future such as "outlook", "may", "estimates", "intends", "believes", "plans", "anticipates" and "expects".
- Are not promises or guarantees of future performance. They represent our current views and may change significantly.
- Are based on a number of material assumptions, including those listed below, which could prove to be significantly incorrect:

- Are subject to substantial known and unknown material risks and uncertainties. Many factors could cause our actual results, achievements and developments in our business to differ significantly from those expressed or implied by our forward-looking statements, including without limitation, the following factors. These risk factors and others are discussed in our Annual Information Form and Management's Discussion and Analysis of Financial Condition and Results of Operations, which may be found on SEDAR at www.sedar.com and on EDGAR at www.sec.gov and in our other regulatory filings with the Securities and Exchange Commission in the United States and the Provincial Securities Commissions in Canada.
- Actual sales volumes or prices for our products and services may be lower than we expect for any reason including, without limitation, the continuing uncertain economic conditions, price and product competition, different product mix, the loss of any of our significant customers, competition from new or established wireless communication companies;
- The cost of products sold may be higher than planned or necessary component supplies may not be available, are delayed or are not available on commercially reasonable terms;
- We may be unable to enforce our intellectual property rights or may be subject to litigation that has an adverse outcome;
- The development and timing of the introduction of our new products may be later than we expect or may be indefinitely delayed;
- Transition periods associated with the migration to new technologies may be longer than we expect.

Sierra Wireless (NASDAQ: SWIR) (TSX: SW) offers industry-leading mobile computing and machine-to-machine (M2M) communications products and solutions that connect people, devices, and applications over cellular networks. Wireless service providers, equipment manufacturers, enterprises and government organizations around the world depend on us for reliable wireless technology. We offer 2G, 3G and 4G wireless modems, routers and gateways as well as a comprehensive suite of software, tools, and services that ensure our customers can successfully bring wireless applications to market. For more information about Sierra Wireless, visit www.sierrawireless.com.