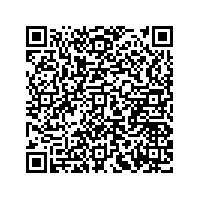 (PresseBox) ( Krefeld,Germany, 09-08-12 )
Siempelkamp received from Fushun Special Steel Co., Ltd., a company of the Dongbei Group, China, the order for the project planning, engineering, and delivery of a 31.5 / 35 MN open-die forging press. The press concept has proven itself in the market; a new feature is the Siempelkamp-developed software Prod IQ Metal Forming which will be used for the first time with this press. This software permits customers an optimal press operation.

The 2-column open-die forging press at the Fushun plant in the Chinese Liaoning province will manufacture semi-finished forgings made of carbon and stainless steel as well as titanium alloys to be used in subsequent processes. The press has a press force of 35 MN for upsetting and 31.5 MN for forging. The maximum press stroke is 2,100 mm (6.9 ft). The press table with a length of 4.25 m (13.1 ft) can be moved horizontally up to 5 m (16.4 ft). This horizontal movement is required for the forging of large structural parts with special dies.

This press will increase Fushun's forging capacity to 30,000 t (33,069 US tons) per year. In 2007 the Dongbei Special Steel Group had ordered a 35 / 40 MN open-die forging press by Siempelkamp for the plant in Dalian; for Fushun it is the first press made in Krefeld.

For the collection of press data during production Siempelkamp is using the software Prod-IQ Metal Forming which was specially developed for the company's metal forming division. The system records production data and evaluates energy consumption. The goal is to continuously improve the product quality with the collected measured and calculated production parameters. The production data can be displayed in time-sequence diagrams in order to visually inform the machine operator. The operator is updated about systematic downtimes and their causes at any time. The integrated maintenance tool can implement a time and condition-dependent maintenance strategy.

The software can thus control the press mechanics in stress-critical areas. Together with the electronics, which was developed by ATR, a Siempelkamp Group company, this is a system which contributes significantly to increasing the life and reliability of the press.

The scope of supply for this order includes the design of the mechanical, hydraulic, and electrical systems, the delivery, assembly supervision, and the startup. The customer is acquiring all heavy parts from manufacturers in the region. The delivery of this press is scheduled for November 2010, the startup for early 2011.

The forging press will comply with the standard for CE press safety according to the new guidelines in DIN EN 14673 2007-04.

The Siempelkamp Group is an internationally active technology supplier with three business branches - machinery and plant manufacturing, foundry and nuclear technology. As system supplier of presses and press lines for the metal industry as well as turn-key plants for the wood-working industry Siempelkamp enjoys international standing.