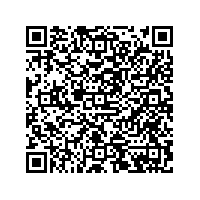 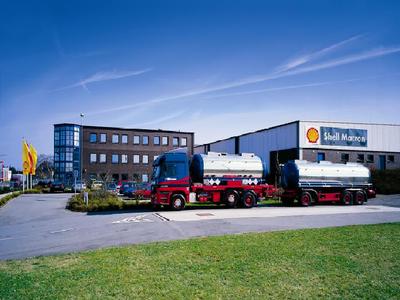 (PresseBox) ( Dortmund, Germany, 08-09-12 )
At this year’s Euroblech in Hanover, Shell Lubricants will present two new technologies. First, the company will introduce its innovative polymeric emulsifying agents for use in high-speed hot and cold rolling mills for strips. These emulsifiers are capable of giving the rolling oil individually tuned properties. The second innovative series of products, namely prelube oils without microwax, makes for easer handling and cuts energy costs.

With the polymeric emulsifier technology it is now possible to adjust rolling oils used in strip rolling even more precisely to the specific product range of each individual rolling mill.

The new technology is based on Shell Lubricants’ know-how of adding emulsifiers and demulsifiers individually. This enables the properties of the emulsion to be set much more objectively than by means of the commonly used anionic and kationic emulsifiers.

Through the targeted selection of emulsifying additives, for example, Shell is now capable of adjusting and maintaining the droplet size within the ideal Gaussian distribution. As non-uniform size distributions – for example with double peaks – are precluded, the emulsion exhibits a perfectly reproducible behaviour.

The new emulsifiers reduce costs in multiple respects. They are stable enough to retain their properties even if acid components are entrained and they are compatible with other oils. Thanks to this latter feature, anti-corrosion oil already present on the rolled strip can be fully used. Both properties of the new emulsifying agents reduce oil consumption and disposal costs.

The polymeric emulsifying agents also open up new applications. First, as their reaction times are extremely short they can be used in rolling mills running at speeds of up to 2,400 m/min and, second, their temperature stability is so high that they can also be used in hot strip rolling. The latter has already been proved in the production of the new emulsifyable hot rolled products, which extend the service life of rolls through improved lubrication conditions – which is an important aspect against the background of dramatically increasing delivery times for rolls.

Dr. Florian Treptow, at Shell Lubricants Head of R&D Rolled Metal Products, is convinced of the quality of the new product. “With the development of the polymeric emulsifying agents we have not simply improved something that already existed, but we have taken a completely new approach, which we can call revolutionary with good conscience. First results reported by several rolling mill operators have already confirmed that we are on the right track.”

Thanks to the fact that Shell Ensis PL 1608 is microwax-free, it can be applied at room temperature and can be dispensed directly from the storage container. This saves time and energy costs, as it is not necessary to heat up the prelube system. Against the background of constantly rising energy prices, the savings potential is definitely worth the while.

As the new prelube oil does not contain any microwax, the risk of blocked filters will be markedly reduced as well as the effort required for regular filter cleaning and unplanned maintenance and standstills. Additionally, compared to similar products it can be wiped off much more easily. What is more, the use of Shell Ensis PL1608 can reduce the overall consumption of prelube systems.

The absense of microwax also guarantees that the oil film spreads more uniformly and remains stable. This considerably improves the multi-metal corrosion protection of finished products, even of those made of galvanized steel. A further important advantage for the user of Shell Ensis PL 1608 is the product’s compatibility with downstream processes, for example gluing or degreasing.

Laurent Barnagaud, Marketing Manager of Shell Metalworking, the team of metalworking experts within the Shell Lubricants Group, sees advantages not only for steelmakers: “Also the automotive producers will benefit from the improved deep drawing properties of Ensis PL 1608. The high epoxy resin content of the product has the advantage that in deep drawing operations additional oiling can be reduced or even completely dispensed with.”

At Euroblech experts from Shell will inform about the first operating results obtained with the above described new technologies.

The name ‘Shell Lubricants’ refers collectively to the companies of the Shell Group active in the lubricants business. The Shell Lubricants companies are global market leaders in the finished lubricants industry. They market Shell lubricants brands in about 120 countries worldwide. They manufacture and mix products for a wide range of applications, from automotive engines, food processing through to the heavy industry and transportation. The Shell portfolio of lubricants brands addresses high-end and mass market consumer segments and comprises products such as Pennzoil®, Quaker State®, Shell Helix, Shell Tellus, Shell Cassida, Shell Rimula, Shell Spirax, Tongyi, car care products, Jiffy Lube® and services from Shell Autoserv.