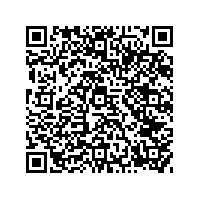 Subscribe to news
(PresseBox) ( Brunnthal/Munich, Germany, 15-09-08 )
SFC Energy AG, leading provider of hybrid power solutions to the stationary and mobile power generation markets, announces the signing of a new partner agreement with Toyota Tsusho Corporation: In the context of the agreement Toyota Tsusho will become an official representative of SFC in Japan. A first order of EFOY Pro fuel cells has already been shipped for sale by Toyota Tsusho in Japan.

Toyota Tsusho is one of TOYOTA MOTOR CORPORATION group companies. As TOYOTA group's sole general trading company Toyota Tsusho promotes the development of new business from a global perspective. Both Toyota Tsusho and SFC Energy see a large market opportunity for SFC Energy’s EFOY Pro fuel cells in Japan. With over 33,000 systems sold, the mature, reliable, environmentally friendly off-grid power sources are an ideal answer to the growing need for readily available stationary and mobile off-grid power in Japan. As more and more seismic equipment, sensors, measuring and surveillance devices and other technical instruments are used far away from the grid. Operators are looking for alternatives to Diesel generators, which are loud, vibrate and require much maintenance as well as to solar panels, which only operate in good weather. During power generation, an EFOY Pro fuel cell produces only water and small amounts of carbon dioxide. The fuel cell is fully automatic and enables extremely long unattended and uninterrupted operation of devices in the field, creating major logistic and cost advantages. It can be remote controlled and available in several easy to use plug and play versions.

“We believe that the addition of the EFOY Pro fuel cells to our diversified Toyota Tsusho portfolio will bring optimum benefit and flexibility to our customers and will further strengthen our position in the alternative energy sector”, says Assistant General Manager, Mr. Takahiro Sugitani of Toyota Tsusho.

“The collaboration with Toyota Tsusho is a key step to grow in Japan. We have fuel cell experts as new partners to capitalize on the growing needs for off-grid and back-up power in the important Japanese market”, says Dr. Peter Podesser, CEO of SFC Energy. “Our fuel cells offer major benefits everywhere, where reliable, uninterrupted power is imperative for the continuous operation of strategic equipment away from the grid – in any weather and climate.”

Additional information on SFC Energy and the Company’s products at www.sfc.com and www.efoy-pro.com.

Toyota Tsusho (www.toyota-tsusho.com) was established in 1984, and as the sole general trading company in Toyota Group, takes part of new business development in several business fields. Toyota Tsusho provides information services, logistics, financing, risk management and other functions for import/export and domestic trading businesses. These functions add value to partner’s products and services consistent with the needs of our customers.

SFC Energy AG (www.sfc.com) is a leading provider of hybrid solutions to the stationary and portable power generation markets. SFC is the number one supplier of fuel cells, with over 33,000 fuel cells sold to date. The Company has award-winning products and serves a range of applications in the Oil & Gas, Security & Industry and Consumer markets. The Company is headquartered in Brunnthal/Munich, Germany, operates production facilities in the Netherlands, Romania, and Canada, and sales offices in the U.S and Canada. SFC Energy AG is listed on the Deutsche Boerse Prime Standard (WKN: 756857 ISIN: DE0007568578).