Suitable for your application - the Telematics module ESX-TC1 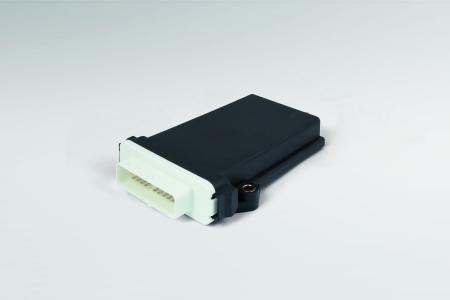 (PresseBox) ( Kaufbeuren, 16-10-06 )
For SPS/IPC/DRIVES 2016 at Nuremberg, STW is launching the ESX-TC1 family onto the market, new Telematics platforms, which are suitable for use in mobile machines. Specific applications are addressed in three communication variations. Common features within the product family are the free programmability, wide software support and the possibility to easily connect with STW’s IoT platform “machines.cloud”.

The three variations of the ESX-TC1 take into account the different communication characteristics in different applications. Based on the tried-and-tested ESX-TC3G, the ESX-TC1 displays its strengths as an on-board data logger in the communications to controls and sensors using the CANbus. Here, CANopen, SAE J1939 and open CAN communications are supported. It is possible to configure via the “Vehicle Data System (VDS)” software which CANbus parameters are recorded, filed in 1 GByte data memories and then forwarded. However, due to the free programmability offered by the TC1’s Embedded Linux System, the data can also be pre-processed and evaluated on the module.

Forwarding can take place in all TC1 versions via Ethernet or the respective wireless interface. The TC1-WiFi and the TC1-WiFi+ have WLAN and Bluetooth 4.0. This addresses applications which gather data over the course of the day and which can be accessed on a WiFi Hotspot via Internet connection in the evening. Alternatively, the TC1-WiFi(+) can also act as a Hotspot itself, so that the data can be retrieved via a laptop or tablet. In addition the TC1-WiFi+ version offers the possibility to locate the recorded data using GPS/GLONASS. The localisation function is also a fixed component of the solution using the TC1-Mobile. As here the data is transmitted whilst underway via mobile phone networks, position information is generally requested in most application cases.

The entire development environment is freely available on all TC1 versions. A multitude of pre-defined functions and the widespread support for the communication via the Telemetry Applications Framework (TAF) permit the fast creation of an application. For the connection to the STW’s IoT platform “machines.cloud”, the TC1 versions can utilise the “STW-Cloud-Connector”.

The TC1 versions possess connections for external antennas in order to guarantee the best-possible reception. For more complex applications with the combination of WLAN, Bluetooth and mobile phone as well as additional features such as USB and acceleration sensors, the tried-and-tested, software-compatible ESX-TC3G is provided.

For over 30 years, Sensor-Technik Wiedemann GmbH (STW) has been providing leading manufacturers of mobile machines, agricultural machines and special machines with the latest in automation, networking and electrification technology.

Perfect winter sport conditions – Thanks to PistenBully and STW