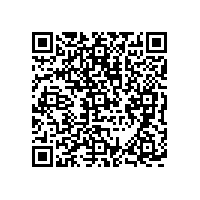 The Pilot system is a most versatile and complete line of automatic flying probe test systems, offering the widest range of solutions and performance for flying probe test of electronic boards on the market today. Models range from 4 to 8 test probes, accessing simultaneously one or both sides of the board, which can be positioned either horizontally or vertically in the test system.

The Pilot M4 is the solution for those who seek the highest flexibility from a flying probe tester, from production test to repair, all the way to reverse engineering. The Pilot M4 has a vertical architecture and two flying probes on each side, two additional Openfix probes and two cameras (one on each side respectively). This configuration allows the Pilot M4 to perform true incircuit tests, giving full access even to boards that do not have all the test points on one side and the capability to place guarding points, as well as the use of all the vectorless test techniques for ICs, with or without powering up the UUT. With probes and cameras on both sides of the UUT, the Pilot M4 is ideal for rebuilding the board net list.

The system can also be equipped with two thermal probes (Thermal Scan Probes).

The Pilot L4 (horizontal architecture) represents the best solution for those wishing to fully automate the flying probe test process, eliminating the need for continuous operator presence in order to manage the test system. Thanks to its integrated SMEMA conveyor, the Pilot L4 can be combined with automatic load/unload magazines or lines, executing incircuit, functional and visual tests of electronic boards in a completely automated mode, integrating all its measurement capabilities and techniques in a single test program.

In addition to the usual incircuit and functional tests, the Pilot systems can also implement netoriented measurement techniques, based on measurements executed on the board nets, with no particular reference to individual components. These new test methods significantly cut the time required for incircuit test by reducing the number of measurements required, while maintaining the same level of fault coverage. The use of netoriented test techniques is also strategic and essential in situations when it is necessary to set up a test for a board for which the information (such as CAD data and electrical schematics) is either incomplete or lacking entirely. In these cases, the ability to compare the analog behavior of a net on a sample reference board and a faulty board provides several useful indications for locating defects (FNODE technique level, but are based on the autolearn of the values on one or more "good" sample boards.

The Pilot Line test systems are also equipped with "vectorless" measurement techniques, which are not based on pattern libraries or vectors specific for each type of component. This technique provides the ability to perform the tests for process faults on ICs (typically shorts and unsoldered pins) by executing clamp diode and parasitic transistor type measurements (AUTIC technique) or using dedicated capacitive sensors (OPENFIX technique).

All of the Pilot systems have one or two mobile cameras, which, in addition to the optical automatic positioning of the UUT, enable a series of optical inspections on the UUT, complementary to the electrical tests, which may have some limitations due to the design or particular circuit layouts on the board to be tested. For example, a visual test can check for component presence/absence, character recognition or rotation, regardless of its electrical characteristics.

The open architecture of the VIVA software allows the execution of Boundary Scan tests on Pilot test systems, due to the innovative FlyScan module. The Jtag chains of the UUT allow an extended test, also of the non Jtagtype components and the implementation of an extremely accurate extended diagnostic. The use of the boundary scan test technique through FlyScan allows a higher electrical accessibility for components (e.g. BGA) not physically accessible through flying probes and, above all, improves the test fault coverage combined to a considerable decrease of the test time.

The Thermal Scan module allows the user of the Pilot test system to monitor, in a fully automated way, the temperature of each electronic component mounted on the UUT; therefore, faults are detected by comparing the temperatures of a working sample and the lot of boards to be tested. During the Thermal Scan phase, the UUT is powered by the Pilot test system and a pyrometer mounted on one of the flying probes (one on each side for double side systems) detects the different temperatures. As for any other test technique available on Seica systems, the Thermal Scan can be integrated in a comprehensive test program managed by the VIVA software.

Founded in 1986, Seica S.p.A. is a global supplier of automatic test equipment and selective soldering systems, with an installed base of more than 900 systems on four different continents. Seica offers a complete line of test solutions, including bed of nails and flying probe testers, able to perform MDA, incircuit and full functional tests of assembled electronic boards and modules, and printed circuit boards, as well as laserbased selective soldering systems for electronic board manufacturing. Company headquarters are located in Strambino, Italy, with direct offices in France and USA, Germany and China, supported by a vast distribution network covering the rest of the world.

Seica's innovative solutions are being used across the globe to improve quality, increase productivity and save money in all areas of electronics manufacturing, including automotive, defense and consumer. Please see www.seica.com