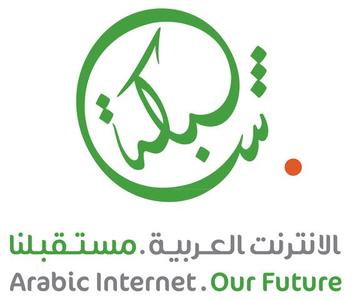 The shabaka-domain has started at 31st October the first Sunrise Period of all new Top Level Domains.

"In spite of the boom in Arabic content online, users are still burdened with the need to use English on the Internet. Many websites and Internet applications force visitors to only use English. Through .shabaka we are campaigning for a truly Arabic Internet experience from start to finish," Ms. Omer said.

"Shabaka-domain name owners will be getting more than just a web address; they're signing up for a cause, and becoming part of the movement to empower the Arabic language on the Internet. dotShabaka Registry's vision is to build an Internet that facilitates end-to-end communication and collaboration for every user utilising only their native tongue," Ms. Omer continued.

The domain .shabaka is instantly recognised by all Arabic speakers as the generic term for the Internet given there is no direct translation. The domain .shabaka will be the catalyst for change for Arabic Internet users allowing for a truly international Internet experience. Domain Name owners will be getting more than just the utility of a web address; they are signing up for a cause, and becoming part of the movement to empower the Arabic language on the Internet.

The total Middle East and North African (MENA) region comprises over 380 million people, and .shabaka is designed to be the Arabic Internet for the Arabic people.

Arabic is the fifth most-spoken language in the world and Arabic is the fastest growing segment on the Internet, (2,500% growth in the 10 years to 2011, compared to 300% for English).

The Domain .shabaka is the first new TLD to market, and the first global IDN in Arabic. With only four characters to type on an Arabic keyboard, .shabaka will be the open TLD of choice for Arabic Internet users. .shabaka's is the first truly 'borderless' non-English TLD on the Internet, free from the sanctions of any one sovereign state.