SRB-Domains: Link as you speak 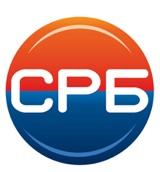 (PresseBox) ( Koeln, 12-01-28 )
At the 13 December Assembly, the Board of Governors, reached a decision on starting srb-domain registration, determining St Sava’s Day, 27 January 2012, as the commencement date. The Cyrillic Internet domain .SRB is-beside the rs-domains- a new, second ccTLD of the Republic of Serbia and, after the Russian .RF, the second world’s Internet domain in Cyrillic eligible for registration.

The srb-domain is a part of the family of Internationalized Domain Names (IDNs), i.e. domains whose names are not written in the English alphabet. The world’s biggest countries and nations – Russia and China, along with many Arab and Far East countries – already have the IDN in their national scripts.

The ccTLD marks a territory, being thus of paramount importance for defining the Internet identity of all those who reside and work in Serbia. Thanks to the particularity of the Serbian Cyrillic, in which one phoneme matches one letter, srb-domains will undoubtedly be pronounced exactly as written, unlike numerous domains in the English alphabet. Hence, the motto of the campaign for the popularisation of the srb-domain use is “Link as you speak!”

In the first six months, the priority right to register srb-domains will be granted solely to the owners of the existing rs-domains. After this period, everybody will be able to register Cyrillic domains, regardless of whether they possess a specific rs-domain or not.

Die Bürowelt wird eine andere sein, wenn die Pandemie-Einschränkungen dauerhaft zurückgefahren werden. Laut einer Bitkom-Umfrage waren Ende Mai 58 Prozent der Befragten ganz oder teilweise im Homeoffice. Ende Juni läuft die Pflicht der Bundesregierung dazu aus. read more
The publisher indicated in each case is solely responsible for the press releases above, the event or job offer displayed, and the image and sound material used (see company info when clicking on image/message title or company info right column). As a rule, the publisher is also the author of the press releases and the attached image, sound and information material.
The use of information published here for personal information and editorial processing is generally free of charge. Please clarify any copyright issues with the stated publisher before further use. In the event of publication, please send a specimen copy to service@pressebox.de.