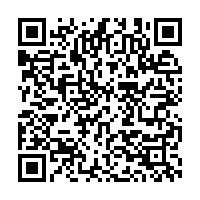 (PresseBox) ( Cologne, 08-10-12 )
The Registry of me-domains has announced already in August 2008 it has registered more than 100,000 domain names. This milestone has come a little more than two weeks after opening for live, real-time registrations by the general public and less than four months after opening its doors.

“We believe the huge demand for .ME reflects the public’s interest in having a personal connection with the Web,” said Predrag Lesic, the registry’s executive director. “From interesting topics, to organization names, to brands, .ME sites give personality to the content on the Web sites associated with them.”

The me-domains have seen its greatest interest among English speaking countries including the United States (71%), the United Kingdom (6%), Canada (4%), and Australia (2%).


“The number of individuals participating in .ME auctions, combined with the high values of the sales indicates brand owners and investors clearly understand the domain’s potential,” added Lesic. “We are pleased by this success since proceeds from the auctions go to further Internet development in Montenegro.”

A newletter claims: "Since its launch in July, .me has become the domain darling. With high sales at auctions, and with the first closed .mE auction reaching over $2 million in sales, .me has been breaking world records for registrations. Over 1 million .me web pages have already been developed. And although major companies, which usually require more time to develop a web strategy, haven't launched their .me sites yet, netizens worldwide have developed their own .me sites."

You may re-publish this article without any fees, but you should mention the
author and the URL at the end of the article

Secura, a German GmbH from Cologne (Germany), was founded 1992 and accredited by ICANN in 2001. Secura is authorized by ICANN to register generic Top Level Domains. In addition, Secura can register almost all active country domains.


Secura sells to resellers, but also to private customers, who can visit Secura's website at http://www.domainregistry.de (German) or http://www.com-domain.com (English). Basic information is also available in other languages - from Hungarian to Chinese. Secura also provides support in many other languages: English, Spanish, German, Dutch, Hungarian, Russian, Serbian, Croatian, Ukrainian and Belorussian. Customers can easily pay by credit cards and other payment methods are available.

Secura GmbH is very qualified at the registration of New Top Level Domains and it submits trademarks for the sunrise period as Agent of the Trademark Clearinghouse.