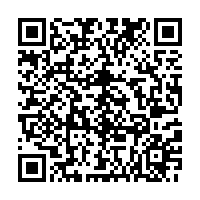 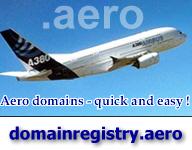 (PresseBox) ( Koeln, 10-10-15 )
Nca.aero is a good example for aero-domains. Successful companies belonging to the aviation community are registering successful aero-domainnames.

NCA (Nippon Cargo Airlines) is Japan's only cargo-specialist airline, building a reputation for safe, fast and reliable performance since its founding in 1985. NCA first acquired the nca.aero domain in 2003 at domainregistry.de, in part because nca.com was unavailable - but also recognizing that nca.aero would confer special recognition to the company. Initially this caused some difficulties with the company's e-mail programs unable to handle 4-character domains. But this was a passing issue, quickly forgotten!

Earlier this year, the company announced NCA Phoenix Project 08, a plan to accomplish self-operation in flight operations, maintenance, freight service and IT. NCA is also globalizing the scope of its business and renewing its fleet with fuel-efficient aircraft. Currently, the airline operates eight B747-400Fs and will add two more aircraft of the same type within this business year. In addition, the introduction of state-of-the-art B747-8F freighters will begin next year. By 2013,14 new aircraft will be introduced to complete a fleet of 24 aircraft.

Having enjoyed the support of ANA in the areas of flight operations, maintenance and IT, in April NCA launched its "i-Cargo" sales and traffic system delivering complete independence in operations.

The airline's worldwide online network covers 14 cities in nine countries in Asia, America, and Europe. The company's off-line network - both via ground transportation services and through cooperation with interline partners - reaches even more destinations. NCA ships all types of cargo - from orchids to strawberries, horses to satellites, and computers to cultural artifacts.

The airline is based at Tokyo's Narita International Airport, Japan's number two airport, the country's premier cargo hub and currently the world's 27th-busiest airport. A new maintenance hangar, incorporating a wide range of environment-friendly devices,is presently under construction, due for completion in the spring of next year.