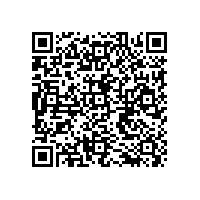 (PresseBox) ( Koeln, 09-08-08 )
The TLD .CM is so closely spelled to the widely popular .COM and .CN domain name
extensions, that registering your trademarks at cm-domains now will prevent misuse of
trade marks and domains in the future. Millions of internet users make typos when
searching a com-domain and see instead of the com-domain a cm-domain in the browser.

This is a strong argument to register cm-domains.

The Landrush Period of cm-domains starts July 15, 2009 and should end July 31.
After technical problems the landrush period is extended to 27 th August 2009.

There are no special requirements In case there is more than one application per domain, the
domain will go into an auction system. The auctions will be held shortly after the
end of the Landrush period.

The price at the Landrush Period of cm-domains is 299 EURO/2 years.The
pre-registration is free of charge at ICANN accredited Registrar Secura
(http://www.domainregistry.de/...)

International Water-Guard Industries Inc (IWG) affirmed its new focus as an all-aerospace company by launching a corporate identity based on an immediately memorable aero-domain: water.aero. "A re-branding program like this is a major project, and one which we undertook for very specific reasons," said IWG President and CEO David Fox. "Chief among them was the fact that IWG had been through a dramatic renewal process. We are now solely focused on the aerospace market, we have continued to develop our highly skilled aerospace team, and we are presenting our technology to airlines, as well as corporate and VIP aviation. We worked very carefully with our designers to choose a corporate image that expressed those changes, and are confident in the results".


International Water-Guard Industries Inc (IWG) is a Canadian aerospace company focusing on aircraft potable water treatment and full water system solutions. The company claims "expertise in all aspects of water treatment, with the products and know-how to provide high quality water for passengers and crew, and light weight, space saving solutions for the aircraft operator".


The National Air Transportation Association (NATA) also recognized the importance of a clearer identification with the air transport community. The previous domain name www.nata-online.org (nata.org was not available:it's the National Athletic Trainer's Association) was replaced by the more logical www.nata.aero.

The makeover was part of a strategic move to create a more user-friendly homepage and some sections that are password-protected and accessible only by NATA members.

The new Website with the aero-domain includes an expanded Press Room with biographies and pictures of key NATA staff, a NATA fact sheet, statistical information on the industry and archived press releases. A Members Center includes membership application, member directory and list of NATA member services.

"There are literally thousands of business organizations based around Washington DC," commented NATA's Communications Director Dan Kidder. "We needed to ensure that both our website and our domain name were providing the clearest possible signposting for members and, in particular, for visitors such as members of Congress and the media. By adopting the air transport community's own exclusive domain, we made it absolutely clear that if someone is interested in aviation, NATA is a prime stop to make."

The National Air Transportation Association (NATA), based close to Ronald Reagan Washington National Airport in the US, is a public policy group representing the interests of general aviation businesses before the US Congress, federal agencies and state governments. Its 2,000 members own, operate and service aircraft.

SriLankan will be among many thousands which have registered an aero-domain, including airlines, aviation industry news services, engineering and maintenance firms and service organisation.

"We have taken the initiative to migrate to .aero from the present country specific .lk in order to take advantage of the new global airline domain and to better reflect our status as an international company," said Nigel O'Shea, Head of IT at SriLankan Airlines.

All present e-mail addresses at SriLankan Airlines have also had .lk replaced with .aero, but could still be reached through .lk for the next 12 months. "The aero-domain will provide a unique identity for airlines, differentiating from other Internet domain extensions such as .com (commercial), .net (network), or country specific domain such as .lk, .sg and .uk," said Kamal Nanayakkara, SriLankan's Senior Manager Network & Communication.

The aero.domain has been reserved worldwide for participants of the aviation industry, including airlines, aircraft manufacturers, and airline industry persons. The aero-domain is expected to make it easier for Internet users to find aviation-related websites on the Internet.

SriLankan Airlines IT Division formed a project team which planned, executed and tested the migration to the new domain over the last four months, reworking the airline's massive IT network.

Nca.aero is a good example for aero-domains. Successful companies belonging to the aviation community are registering successful aero-domainnames.

NCA (Nippon Cargo Airlines) is Japan's only cargo-specialist airline, building a reputation for safe, fast and reliable performance since its founding in 1985. NCA first acquired the nca.aero domain in 2003 at domainregistry.de, in part because nca.com was unavailable - but also recognizing that nca.aero would confer special recognition to the company. Initially this caused some difficulties with the company's e-mail programs unable to handle 4-character domains. But this was a passing issue, quickly forgotten!

Earlier this year, the company announced NCA Phoenix Project 08, a plan to accomplish self-operation in flight operations, maintenance, freight service and IT. NCA is also globalizing the scope of its business and renewing its fleet with fuel-efficient aircraft. Currently, the airline operates eight B747-400Fs and will add two more aircraft of the same type within this business year. In addition, the introduction of state-of-the-art B747-8F freighters will begin next year. By 2013,14 new aircraft will be introduced to complete a fleet of 24 aircraft.

Having enjoyed the support of ANA in the areas of flight operations, maintenance and IT, in April NCA launched its "i-Cargo" sales and traffic system delivering complete independence in operations.

The airline's worldwide online network covers 14 cities in nine countries in Asia, America, and Europe. The company's off-line network - both via ground transportation services and through cooperation with interline partners - reaches even more destinations. NCA ships all types of cargo - from orchids to strawberries, horses to satellites, and computers to cultural artifacts.

The airline is based at Tokyo's Narita International Airport, Japan's number two airport, the country's premier cargo hub and currently the world's 27th-busiest airport. A new maintenance hangar, incorporating a wide range of environment-friendly devices,is presently under construction, due for completion in the spring of next year.

The Joint Co-Ordination Group (JCG) was formed by a group of aerospace industry information security experts to ensure harmonization between the information security efforts of all of the standards bodies affecting the commercial air transport industry. JCG has registered jcg.aero as unique domain name at the web.

The Group does not make standards of its own, but serves as an informal central forum for co-ordination and dissemination of information of interest to the civil air transport security community. It meets only as needed, with an agenda built on recommendations of representatives. Decisions are made by consensus and can only be in the nature of recommendations, having no mandatory status.

The JCG has come to realize that the 'impacts' are not just limited to those activities managed by organizations such as the Air Transport Association (US) and AEEC (formerly Airlines Electronic Engineering Committee), but must be extended to cover other interested parties that control and manage information exchange in the complete civil aviation ecosystem. This includes air transport organizations such as ICAO, IATA and FAA but also others such as the Internet Engineering Task Force (IETF) and industry service providers such as SITA. A number of governmental and defence counterparts are also involved, such as Certipath and TSCP (Transglobal Secure Collaboration Program).

Skysoft-ATM, a major solution provider to the airport traffic management (ATM) industry, recently announced the launch of the Albatross open source community project, based at www.albatross.aero.

The company also announced a commitment to contribute leading technologies to the project. The first of these is the Albatross Display - an advanced, flexible air traffic control radar display solution made available to the Albatross community under a GPL licence.

The initiative reflects a growing demand for open source software solutions within the public sector. A study aiming to assess benefits that the model can bring to ATM is proceeding at EUROCONTROL, the European organization for the safety of air navigation.

The company will also produce an enterprise version based on Albatross Display, which will be tested, certified, and come with full professional support services. This version will become available later in 2009.

Skysoft-ATM aims to encourage a new era of cooperation of ATM users, manufacturers, developers, regulators and academics to contribute to more open and cost-efficient ATM solutions, for a more secure airspace and to better service the global airport sector.

The project is now live on the Albatross Community website. To get involved or learn more about the Albatross community project, visit: www.albatross.aero. Contributor agreements are available on the site, as well as a forum to start sharing ideas, topics and other project initiatives.

A white paper: "It is in the DNA": How to induce change and innovation in the ATM industry is available at www.albatross.aero/... (registration required).