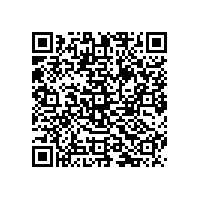 (PresseBox) ( St. Georgen, 10-10-19 )
With the decision to bottle around a third of the beverages it produces in PET bottles and also to make them itself, the demand for compressed air from Bad Dürrheimer Mineralbrunnen GmbH & Co. KG has increased enormously. To check the use of the medium, which is one of the most expensive carriers of energy, the compressed air flows are recorded with flow sensors from SCHMIDT Technology and analyzed in the energy management system. Through the transparent distribution of energy costs over the entire operations, the system offers the beverages manufacturer several ways at once to save costs.

Like many other beverages manufacturers, Bad Dürrheimer Mineralbrunnen bottles a part of its production in bottles made of polyethylene. In contrast to the glass bottles, the company produces the plastic bottles itself. For this purpose, the purchased blanks are blown up into the desired form with sterile compressed air before bottling. So that these blanks, which are initially the size of test tubes, can later hold 1.5 liters of thirst-quenching liquid, a large volume of energy is required. The costs for this, however, constitute the majority of the production costs, which is why Bad Dürrheimer equipped its production systems with an energy management system. This means that the energy consumption cannot only be calculated for a single bottle; it can also be specifically controlled.

The energy costs are oriented to the highest consumption per billing period determined over a quarter of an hour. An energy management system can allocate the consumption requirements to the respective systems, meaning that the consumption peaks can be reduced through the planned and staggered activation of the systems. In addition to the consumption of electrical energy, the consumption of compressed air can also be visualized. For the recording of the volume flows, flow sensors from SCHMIDT Technology are fixed to the most important lines of the compressed air supply in the Bad Dürrheim plant. Equipped with a microcontroller transducer, the sensors have been designed to measure air-flow velocity and to determine the flow rate and flow volume.

Flow sensors are easy to integrate

The flow sensor SS 20.60 used at the company Mineralbrunnen Bad Dürrheim measures flow velocities from 0.2 m/s to determine leakages, has a measuring range dynamic of 1:1000; is pressure-resistant up to 16 bar and has an analogous and digital output. The latter serves to connect consumption meters or energy management systems. Thanks to their design as immersion probes, the flow sensors can also be subsequently integrated in existing pipelines and even replaced under pressure.

For more than 20 years, the Sensor Technology division at SCHMIDT Technology has been developing and producing stationary flow sensors for flow and volumetric flow measurement in air and a wide range of gases or gas mixtures. All SCHMIDT® flow sensors work according to the thermal principle. Their design as dumb-bell head, thermopile, chamber head or in-line sensors makes SCHMIDT® sensors predestined for use in a wide range of environmental and process conditions. They are used in the areas of ventilation and air conditioning, in compressed air technology, in clean room and pharmaceutical applications and in industrial processes of a wide variety of sectors.