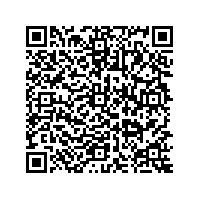 Greater efficiency through thick and thin 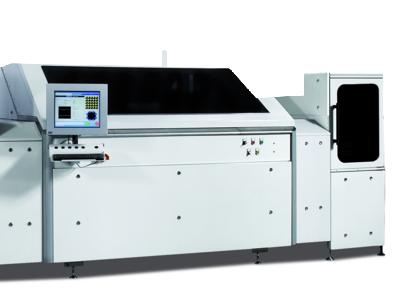 (PresseBox) ( Freudenstadt, 09-07-21 )
With their new printing and etching technology, Schmid in Freudenstadt, Germany now manufactures a new type of crystalline solar cell with selective emitters. The "inline Selective Emitter Cell Technology", in short inSECT, can be easily integrated in the manufacturing process, and increases efficiency by up to 0.7 percentage points.

Solar cells, like the human eye, are UV blind. The so-called quantum efficiency drops at a wave length of under 600 nanometer already - this corresponds to the colour yellow-orange. With a violet blue wavelength of 400 nanometers at the border to the invisible UV range it lies at around 0.67. This means that the solar cell in this short wave spectral range does not convert almost a third of the photons into charge carriers. The photons still produce pairs of charge carriers and holes in the semi-conducting material, but before these reach the electrodes where they can drive electric consumers some of them recombine, producing only unwanted heat.

The cause of this UV-blindness has been known to the manufacturers of crystalline solar cells for decades: in the conventional manufacturing process the approximately 200 micro-metre thick silicon wafer is first doped with boron atoms and is thus p-conductive. In the next process step phosphorous atoms are diffused into the wafer at 850 degrees Centigrade and convert a thin zone on the surface into an n-conductor which acts as an emitter. The solar cell is thus nothing other than a large diode. The n-doping of the emitter loses intensity the deeper it gets. At a depth of 300 to 500 nanometer the number of phosphorous atoms is the same as the number of boron atoms: approx. 1016 phosphorous atoms or boron to every 1022 of silicon atoms per cubic centimetre. Directly on the surface, where the phosphorous atoms have penetrated, the n-doping is however considerably higher. Here every tenth atom is a phosphorous atom. This ensures that the transition resistance between the semi conductor and the metal contacts, which are subsequently applied by screen printing, is as low as possible. However this high concentration of phosphorous atoms -impairs the silicon crystal to such a degree that nearly all charge carriers on this layer recombine before they reach the contacts. The topmost 50 nanometer of a crystal solar cell is therefore known as the "dead layer" - i.e. it is of no use for producing electricity.

Concepts for solving this problem have been available since the 1970s: so-called selective emitters, which combine a low resistance of the emitter directly under the contacts (high n-doping) with a somewhat higher resistance in the areas between the contacts (low n-doping). However these concepts always required two separate processes for diffusing the phosphorous in which the other area always had to be covered by a mask. This double doping was not only expensive, it also proved to be susceptible to faults because heating it twice shortened the life span of the charge carriers in the thin crystalline wafers considerably.

The Schmid Group, world market leader in machines for the production of solar cells has developed a new technology called inSECT (inline Selective Emitter Cell Technology) at their technology centre in Freudenstadt, Germany and now brought it to a stage of industrial maturity. This technology also uses the concept of selective emitters but applies it more simply. The concept involves only one proven standard diffusion process instead of carrying it out in two stages. Only one further process step is necessary to reduce the surface between the subsequent contacts down to a depth of 50 nanometers. The high rate of doping with phosphorous atoms is purposefully reduced simply by thinning the material. However there where the contacts are later printed on, it remains intact. Viewed under the microscope this thinning out is visible as a small lower-level step next to the contacts. For the selective etching process which produces these steps, a mask is again required. However for this purpose wax only needs to be applied to the surface with a special ink jet printer. These contact-free printers are the Schmid Group's own development and achieve a positioning precision of plus/minus 15 micrometer at a printing resolution of 900 dots per inch (dpi).

For etching, the Schmid inSECT technology uses a thin solution of hydrofluoric acid, nitric acid and water. In contrast to a two-stage diffusion process it is considerably more gentle on the wafers and also more economical. The concept of selective emitters develops its effect only when the etching depth is precisely met plus/minus a few nanometers over the entire area of the wafer. The trick: the acid first produces only fine pores in the upper layer of the wafer. As this porous layer increases in depth, it acts as a membrane which becomes increasingly thicker and stops the inflow of fresh acid and the outflow of silicon. The result: the etching process stops as it gets deeper, i.e. it virtually controls itself. A favourable aspect is that the porous silicon acts as a reflective layer for light and the wafer changes colour as the etching process progresses. Once a depth of 50 nanometer is reached, the wafer shines in a gold colour. This provides a simple method of visual control. Sophisticated measuring techniques indicating the correct time to end the etching process are not required anyway. The correct dosing of acid and duration of exposure are sufficient to achieve the correct etching depth. The etching process is followed by immersion in a caustic potash solution. This removes the wax layer of the mask and also the porous silicone. The deeper space between the contacts of the selective emitter is then finished.

At Schmid's technology centre inSECT has already proven its advantages. Like many insects, solar cells with selective emitters "see" blue and UV light better and the degree of quantum efficiency lies at 0.86, which means the losses are more than halved. The electrical degree of efficiency is increased in this way from e.g. 16.7 percent using homogenous emitters to 17.4 percent using selective emitters, which corresponds to an increased output of four per cent. This brings benefits to manufacturers: for a gain in efficiency of 0.7 percentage points a surcharge of currently approx. 28 euro cents can be achieved for a standard solar cell with an edge length of six inches. The additional processing stage including investments, consumed materials and amortization costs only 8 euro cents. The Schmid Group's system with ink jet printer, etching and washing is based on the already proven systems of this company. It is easy to integrate in an inline production line adding only 5 metres to its length - it is not necessary to take out the wafers and process them separately. In Freudenstadt, final trials are currently being held with test wafers from customers; serial production is due to start later this year.