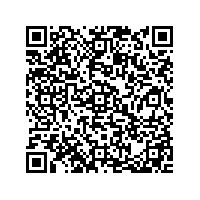 (PresseBox) ( Poing, 17-06-29 )
For the fourth time in a row, the Schlemmer Group looks back on a record business year. As the annual report shows, Schlemmer achieved new record figures for turnover and employees in the 2016 financial year. Compared to the previous year 2015, consolidated net sales rose by 13.3 per cent from around 263 million euros to 298 million euros. Since 2015, the share of consolidated sales generated by the Automotive division grew by 7 per cent to 86 per cent. 14 per cent of consolidated sales were generated in the Industry division. Schlemmer also recorded growth in terms of the number of employees. The company now employs almost 3,000 people worldwide.

In view of the successful completion of several important large-scale projects last year, Josef Minster, CEO of the Schlemmer Group, is particularly pleased with the Group's renewed outstanding performance. "The figures prove that our organisation also operates profitably under pressure. During the intensive discussions with our new investor 3i, the founding of our new subsidiary Schlemmer Technology India and the acquisition of BICA in Great Britain, daytoday business had always been our number one priority. We were thus able to not only maintain our high level of turnover and profit, but also significantly increase them."

The management is also pleased with the efficient utilisation of Schlemmer's mobile factory in India, which has allowed the Group to multiply its production capacities directly after the acquisition of Tubecraft (now Schlemmer Technology India). The takeover of the British cable cleats specialist BICA, which has been operating under the new name "Schlemmer UK Ltd." since last autumn, was an important milestone for Josef Minster last year: "Schlemmer UK is an enormous gain for our Industry division as our portfolio has been massively upgraded by the cable cleat product line."

Another highlight of the past year was the renewed recognition of the Schlemmer Group as a global market leader by the University of St. Gallen and the Akademie Deutscher Weltmarktführer. For the second time, this award attests the company’s prominent role as a successful market leader with outstanding technology and performance worldwide.

The Schlemmer Group will continue to pursue ambitious projects in the near future. For the current year, the company is planning, among other things, to expand its business activities in Eastern Europe and in North and Central America. At the German production site in Haßfurt, where cable protection systems as well as technical components for air and fluid systems for automotive and industrial applications are manufactured, a multi-stage expansion of the plant and the workforce is planned for the coming years.

The Schlemmer Group is a global technology expert, which has focused on the development and production of highly specialised synthetics and metal solutions. Building on 60 years of experience in cable protection, the group of companies headquartered in Upper Bavaria has become one of the leading and most comprehensive value added providers, supporting its clients as an intelligent consulting and service partner. In addition to the core Automotive business area, the Schlemmer Group also pursues activities in a wide range of other sectors with its Industry business area.

Over 60 sites throughout the world, almost 30 production plants at strategically important locations and a mobile factory enable the company to simultaneously implement global strategies and enjoy a local presence in development production and sales. The company's nearly 3,000 employees generated consolidated net sales of EUR 298 million in 2016.