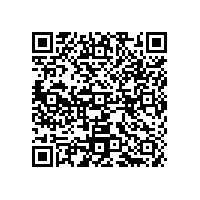 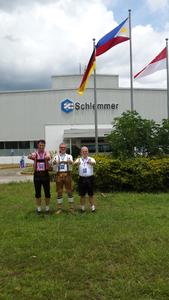 (PresseBox) ( Poing, 15-07-06 )
With two new openings in Tianjin (China) and Santa Rosa (Philippines), the Schlemmer Group is expanding its global production network - and is distinctively taking Bavarian tradition to Asia.

The Schlemmer Group is continuing to expand: two plants opened on 26 June in Santa Rosa (Philippines) and 24 June in Tianjin (China), further underlining Schlemmer's global presence in the Asian markets.

Within the highly attractive Asian markets, the Philippines is one of the most rapidly expanding areas for the automotive industry. Last Friday, Schlemmer started the production of corrugated tubes on two production lines with a capacity of up to seven million metres per year in a facility in Santa Rosa (Province of Laguna) covering 6,000 square metres. Injection moulded parts, such as vehicle fuse boxes, are also manufactured by three special machines.

Schlemmer CEO Josef Minster and CFO Christian von der Linde officially commissioned the new factory halls, and were joined by a team of 20 local employees, official government and industry representatives as well as local and Japanese clients. On special request from the local representatives, the two Schlemmer managers attended in traditional Bavarian costume. "After China, Vietnam and Singapore, our plant in Santa Rosa allows us to occupy another strategic key position in the Asian automotive market. Of course, we are very pleased to be able to demonstrate our Bavarian roots and our close ties with our homeland, even 10,000 kilometres away in the Philippines", commented Josef Minster.

Schlemmer's eighth Chinese production site already opened on 24 June. The new plant in the port of Tianjin bridges the last geographical gap, meaning that Schlemmer is now represented across the board with its own plants in all Chinese automotive production sites.

In future, up to nine million metres of corrugated tube, as well as cable ducts and injection moulded parts, will be manufactured here in large quantities at a site covering around 6,000 square metres. The initial workforce of 20 employees will supply clients such as Delphi, Great Wall, Leoni, Yazaki and Sumitomo. During the opening celebrations with local government representatives, joint venture partners and clients, Josef Minster highlighted the growing expertise of Schlemmer Ningbo in China: "We have been active in the Chinese market for nearly 15 years and are now represented with eight plants. For our production in Tianjin, we will thus be exploiting the high potential of local on-site employees as well as the growing expertise from the other sites."

The Schlemmer Group, with a workforce of over 2,300 around the world, generated revenue of € 270 million in 2014. At 23 stationary manufacturing sites in 19 countries worldwide and one mobile production facility, the company develops, manufactures and sells its portfolio of cable protection systems for automotive and industrial applications at 63 locations. Other business segments include connection systems with gland technology, mechatronics systems with probes and sensors as well as air and fluid systems with conveying lines, and electrical installation systems with device and connection sockets. Schlemmer's ecotech line of environmental engineering products features solar absorbers and energy fence solutions.