Despite the Slowdown in Economy: The Healthcare - Business in the Golf Region keeps growing 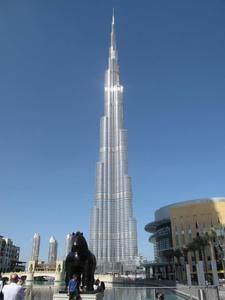 (PresseBox) ( Laudenbach, 10-04-28 )
Most of the international business managers returning from the ARAB HEALTH are relieved. They had started their journey to Dubai between hope and fear. Nobody dared to make a forecast how things would be going at the world’s second largest international medical trade show. But the first few days already showed: All clear! Approximately 20 percent more visitors compared to the year before prove the growing relevance of the region for the international healthcare business. Exhibitor numbers this year: About 2,600 from 60 countries. More than 40 countries presented themselves with joint stands, the strongest of them was again Germany with its 480 exhibitors, even more than the US and for example China with its 240 exhibitors. After those four turbulent trade show days we can state: The healthcare business in the Golf region keeps growing unabated. Perhaps not quite as exuberant as over the past few years but sufficiently and – in any case – stronger than in Europe and the US, as the majority of the exhibitors reported after the fair. Of special interest is the fact that governmental institutions (healthcare authorities) get more engaged respectively work on more concentrated activities. The target to achieve West European standards is clear and the road there is to eliminate infrastructural deficits and better organizational structures. This applies at least for the United Arab Emirates. The Emirate Doha has taken over the leading role for the UAE. Here the key decisions will be made for a concentrated healthcare supply in the region. German holds a relatively good position here.

It’s obvious that enhanced efforts are made to provide high quality services in healthcare supply in the region independently. Numerous hospitals are currently being planned. But all those activities are next to impossible without external service providers like for example in planning, building, equipping, starting up and management of such hospitals – and despite the lack of physicians, managers and assistants respectively also nurses.

We have visited one hospital in the region: This hospital alone has 360 openings for physicians and nurses from abroad. This market is an open field with a high potential for service providers in the hospital business. Currently, the private providers of services in healthcare supplies are strongly represented, for example a private physician and healthcare business man in Saudi Arabia – one person who will invest 3 billion US-Dollars in day care clinics and hospitals with Western standards. One third of those clinics and hospitals are already under construction. Until 2015, about 200 hospitals are being built in the GCC region including Bahrain, Qatar, Kuwait, Oman, Saudi Arabia and UAE which makes the Arab region an economically highly attractive region in the fields of medical device technology, healthcare economy and biotechnology. The healthcare market volume per year is at about 81.4 billion USD. The economic development in combination with a rapidly growing healthcare industry offers chances and opportunities for everyone at home in healthcare and certainly enough business opportunities for the German healthcare industry…

SCHILLINGER (BDU) presented itself with a strong emphasis on the WORLD DIRECTORY Medical Distributors. Especial the anniversary prices (25 years Contacts for Contracts) caught the attention and interest of everyone. In addition SCHILLINGER (BDU) started new recruiting activities in the Golf region seeking physicians in all fields. These projects are done in close cooperation with leading regional providers of healthcare supplies. The job abroad still is an attractive alternative for physicians with Western standards to further their career – not only from an economic point of view.