Schaltbau GmbH at the Intersolar in Munich 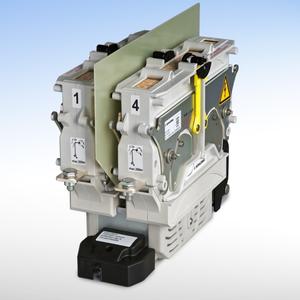 (PresseBox) ( München, 13-04-15 )
This year Schaltbau GmbH will once again be present at the Intersolar tradefair, being held in Munich from 19 to 21 June. The company will be showcasing its state-of-the-art DC contactors, snap-action switches with positive opening operation as well as its range of connectors. Used as main or pre-charging contactors, the DC contactors disconnect the solar panels from the inverter on the DC side, handling currents from 50 up to 1,000 amperes as well as voltages from 1,000 up to 3,000 volts. Besides photovoltaic applications, our products are also used for wind turbines and battery storage systems. You can find further information directly at our stand in hall A4.450.

The CU series solar contactors made by Schaltbau is the first to be tested to the European standard EN 60947-3 (tab. 9 "switch-disconnectors with fuses"), and can be UL approved upon request. These twin-pole contactors extinguish electric arcs extremely quickly, minimising wear of the contacts, making them very long-lasting components. The contactors have a mechanical working life of two million operating cycles and an electrical working life of several tens of thousands, depending on load. Schaltbau's CU contactors switch voltages of up to 1.5 or 3 kV and are suitable for currents up to 1,000 amperes. Apart from having a considerably extended working life, they are also capable of switching significantly higher voltages than manual switch-disconnectors. The maintenance-free contactors can be optionally equipped with an economy circuit that minimises their power consumption. The small type C294 and C295 solar contactors are used in various precharging applications for lower voltages (up to 1 kV).

S9xx series snap-action switches suitable for use in wind turbines

The range of products on display will be supplemented by connectors and snap-action switches. LV series charging connectors are especially designed for use in battery storage systems. Schaltbau snap-action switches featuring positive opening operation (in accordance with international standard IEC 60947-5-1, appendix K) are ideally suited, for example, as limit switches of actuators for photovoltaic tracking systems. They are also used as auxiliary switches for the CU series solar contactors. And for wind turbines Schaltbau has developed the S9xx series which is characterized by a higher resisistance to salt spray and salt solutions. Dependent on version, the S9xx series ensures smooth operation at temperatures ranging from - 55°C to +150°C.

"Connect - Contact - Control" is the motto under which Schaltbau GmbH develops and manufactures electromechanical components for transportation technology, energy, industry and material handling. Founded in 1929, the company has ten locations of its own and more than 60 sales partners worldwide. The Schaltbau range of products includes connectors, snap-action switches and contactors as well as electrics for rolling stock. The Schaltbau GmbH quality management system is certified in accordance with DIN EN ISO 9001 and its ecological management system in accordance with DIN EN ISO 14001. The company has been certified as a Q1 supplier to Deutsche Bahn (German Rail) since 2004. The german plants Velden and Aldersbach have been quality-certified in accordance with IRIS (International Railway Industry Standard) since October 2008.

Recommend Schaltbau GmbH at the Intersolar in Munich press release